The government is on the wrong track and it's infected blood, not sexual intercourse, which transmits AIDS in the country 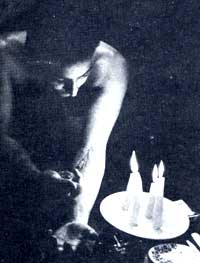 "IF the HIV virus spreads through the general population in India, it will be through blood and not, sexual transmission." says P N Talwar, director of the National Institute of Immunology.

However, according to the new strategy document of the World Health Organisation's (WHO) Global Programme on AIDS (GPA), while transmission of the virus through blood and infected needles and syringes is an important mode of transmission, the largest number of people have been infected through sexual transmission. Says Patrick Brenney, technical officer, GPA, "We have enough evidence to believe that the virus will spread in India and southeast Asia in much the same way as it spread through the rest of the world - by sexual transmission, heterosexual or homosexual."

Talwar feels this is not true for India. He explains that HIV infection spreads in India through the high-risk groups - prostitutes and intravenous drug users (IDUs). It is also mainly the lower socioeconomic strata who are at a greater risk of infection via this route.

"It is mainly the working class, such as truck drivers and migrant labourers working in the cities, who visit prostitutes in Kamathipura in -Bombay, or G B Road in Delhi," says Talwar. "These men may infect their wives, who may or may not pass the virus through perinatal transmission to offspring. These women are largely monogamous so the virus is not transmitted any further.

"On the other hand," says Talwar, "in India, we have professional blood donors, who sell blood regularly for money, to both the government and the private blood banks. The donors belong to the lower socio-economic strata and invariably visit prostitutes. Hence, they are possible carriers of not only the HIV virus, but also the hepatitis virus and other sexually-transmitted diseases.

"Such donors donate an average two to three bottles of blood a month, and form the main source for blood donations, so obviously the problem is immense. I'm not saying that sexual transmission is not an important route, but it is not the dominant one as in the West." Recently, a private nursing home in the Golf Links area of New Delhi was supplied with infected blood from a government health centre.

J P Narain, head of the WHO's GPA in India, disagrees. "According to our surveys," he reveals, "blood is not going to be the main mode of transmission of HIV in India." Is there an epidemic? Narain hedges-saying, you define an epidemic as anything that is abnormal, then certainly." According to him, the number of, Indians infected by the virus is half a million and the number of full-blown cases of AIDS, 116.

WHO is drawing up a policy under the National Programme for AIDS (NPA), which will make it mandatory for all government blood banks to have operating licenses as well as testing facilities for AIDS and other STD viruses. "In fact," says Brenney, "one-third of US $85 million, which is the total amount being distributed by the donor agencies to NPA through WHO, is going towards making blood absolutely safe."

Talwar points out that the government has no control over the private blood banks in the country, which account for over 60 per cent of the blood supply. A survey conducted in Calcutta in December 1991 found that of the 19 recognised blood banks in the city, only two had facilities to test for HIV.

B D Sengupta, national consultant to the NPA, admits that despite WHO guidelines, facilities for testing blood are yet to be organised.

The GPA document also focuses on the fact that for the programme to succeed at all, it is imperative to alleviate poverty, female illiteracy and propagate condom use, which will not only prevent HIV infection and other STD diseases, but also propagate family planning.

Says Talwar, "I don't think the top priority for India is 'AIDS. It is family planning, female literacy, combating tuberculosis and other STDs, which make other people alarmingly prone to HIV infection.

He isn't the only one who feels this way. NPA utilises as much as 23.3 per cent of the national health budget, way above what is allocated for, say, tuberculosis or adjunct STD control.

With the true impact of the disease due to hit India only in the next decade, this period is what Narain calls the "window of opportunity", which may make all the difference.