The government's decision to set up a tribunal to decide compensation cases is being seen as an attempt to compromise the establishment of environment courts that would have much wider ambit. 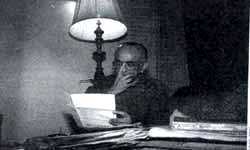 THE NATIONAL Environment Tribunal Bill (NET) introduced in the recent monsoon session of Parliament, aims at providing a mechanism for speedy compensation of victims of industrial disasters. The bill was introduced by the government after rejecting a proposal to set up environmental courts in the country.

The bill states it is meant to "provide for strict liability for damages arising out of any accident occurring while handling any hazardous substance." The Environment (Protection) Act (EPA) of 1986 defines hazardous substances whereas the Public Liability Insurance Act (PLI) of 1991 specifies the quantitative limits of hazardous substances, which, in turn, are listed under the EPA rules.

Environmentalists expected the government to act on the 1986 Supreme Court judgement in the Shriram gas leak case, in which then chief justice P N Bhagwati suggested the establishment not only of national and regional environmental courts but also an independent research group to provide technical inputs.

In 1989, lawyer M C Mehta, who approached the Supreme Court in the Shriram case, and Bhagwati prepared the draft of a bill that sought to give wider scope to the legislation, assure the right of access to information and provide for legal aid. Their proposal aroused instant resistance: The defence ministry and the department of mines sought exemption, one official demanded all public sector companies be exempted, and the ministry of urban development warned every municipality would be taken to the environmental courts. The ministry of environment rejected the proposal, contending the courts could delay development projects and allow foreign interference, through local organisations, in national development programmes. The present bill is a compromise. Ministry officials argue "changes have to come in slow degree", but activists and lawyers feel the changes are too slow and too little.

While laws to regulate pollution and penalise polluters exist, there is no authority to compensate victims of industrial disasters. The numerous environmental laws remain paper tigers. Compensation for industrial disasters under the PLI is only an interim payment and other litigation is time-consuming, with evidence of liability and the amount of compensation difficult to determine. Court decisions take enormous time and at times are too late to save the environment.

The foremost compromise is in the scope of the bill. The tribunal limits its purview to hazardous substances -- essentially, industrial disasters and pollution. Unlike what Bhagwati intended, it cannot halt construction of a dam or any other development project and does not accept the precautionary principle that could enable preventive action. The NET bill defines an accident as one "involving a fortuitous or sudden or unintended occurrence while handling any hazardous substance, resulting in continuous or intermittent or repeated exposure to death of, or injury to, any person or damage to any property or environment." The bill explicitly excludes accidents caused by war or radio-activity, which are felt to be grave lacunae. There are also doubts about whether the tribunal can consider disasters that have occurred over a period of time, for example slow pollution. Bhagwati nonetheless considers the NET bill a "first step in the setting up of a comprehensive adjudicatory system in cases of environmental harm and injury."

The tribunal, which will have the powers of a civil court, will be guided by the principles of natural justice and will not be bound by the Code of Civil Procedure. It will consist of a chairperson, vice chairpersons and judicial and technical members, and its strength will be decided by the Union government. The President will appoint the chairperson and vice chairpersons in consultation with the Chief Justice of India. The judicial and technical members will be appointed by the President on the recommendations of a selection committee consisting of the tribunal chairperson, secretaries in the ministry of environment and forests and the ministry of law, the director-general of the Council for Scientific and Industrial Research and an environmentalist nominated by the Union government.

Benches of the tribunal, consisting of a judicial member and a technical member, will be set up in each state and union territory in phases, with the principal bench at Delhi. The tribunal will entertain claims for compensation if presented within five years of the occurrence of damage. In what many cite as a major breakthrough, the "owner" of a unit charged with causing pollution will have to establish his or her innocence.

Furthermore, the provisions of the NET bill will override provisions of all other laws, except the PLI. This point, some proponents say, will literally allow the tribunal to lay down law and develop jurisprudence in this area.

Being a compromise document, the changes are apparent. Firstly, the NET bill allows applications for compensation to be filed only by affected individuals or their authorised agents and any representative body or organisation "functioning in the field of environment and recognised in this behalf by the Central government..." This dilutes the provision in public interest litigation that allows any individual or institution to move the courts on behalf of those whose fundamental rights have been violated. The clause in the NET bill on government recognition of groups does not specify the conditions and basis for such acknowledgement and could result in only state-supported organisations being eligible to file compensation claims.

The NET bill also ignores the right to access of information, which Bhagwati considers essential. Bhagwati's draft attempts to establish whether a substance or process is likely to "pose actual or potential threat of environmental degradation". The NET bill, on the other hand, does not recognise the demand for information on projects that could pose a threat if implemented. Ministry officials contend this would involve the whole gamut of issues in the Freedom of Information Act and would ultimately stall, if not foreclose, any discussion on the bill.

While the NET bill includes a provision for legal aid to the extent of exemption of application fees in some cases, Bhagwati's draft proposes a legal aid cell that offers its services free of charge mainly to help the poor, who are the worst affected by environmental degradation or ecological disturbance. Even environmental groups usually have scarce resources and lack the information required to fight environmental litigation.

There are also objections to the qualifications for the appointment of bench members. The chairperson has to be a judge or former judge of the Supreme Court or a high court, or must have been vice president of the tribunal for at least two years. But the vice president can be a judge or former judge of a high court, or secretary to the government for two years, or additional secretary for five years with adequate knowledge of problems related to the environment, or have been a judicial or technical member of the tribunal for at least three years. This qualifies a bureaucrat as chairperson. Bhagwati and K N Singh, chairperson of the Law Commission and former Chief Justice of India, fear retired government officers could wind up on the tribunal and erode its credibility. Officials contend, however, that a major "concession" is the inclusion of a non-governmental person on the bench, who for the first time has been accorded the status of a high court judge.

Bhagwati considers it "absolutely essential" that at least the NET chairperson, who also heads the selection committee, be a sitting or retired Supreme Court judge. In both the income tax appellant tribunal and the central administrative tribunal, the Chief Justice of India or a judge of the Supreme Court nominated by him plays a vital role in the selection of members. Bhagwati says the environment tribunal has to carry credibility so that affected citizens would be induced to go to the tribunal rather than a high court. Singh, too, maintains any tribunal must inspire public confidence, and added the appointment of retired IAS and IPS officers as administrative tribunal members had caused great resentment.

Another provision of the bill that has drawn criticism is the one that allows the Union government to exempt state governments, Central and state government corporations and any local authority from the ambit of the proposed act. Participants at a seminar organised by the Indian Council for Enviro-Legal Action last month felt the provision was discriminatory and would make these bodies "immune and indifferent to their responsibility to safeguard the public and protect the environment".

The NET bill allows for appeals of the tribunal's orders, to be made within 90 days and after depositing the amount, to be heard only by the Supreme Court whereas Bhagwati's draft has a provision for appeal to the national environment court in Delhi before approaching the apex court. Singh says if appeals of the NET awards can be made in the Supreme Court only on a substantial question of law and not facts, an erroneous determination of compensation cannot be questioned. He suggests the creation of an appellate level within the tribunal itself.

The debate on the bill in the next session of Parliament is sure to generate heat. Only time will tell if the tribunal will enable citizens to get rights over their environment or become just another courtroom.