'Grant of community forest rights to JFMCs in Andhra illegal' 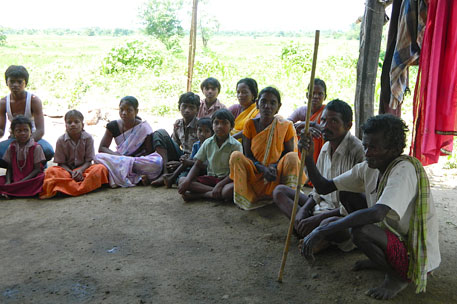 Even when the Andhra Pradesh government claims to have made significant achievements in implementing the Forest Rights Act (FRA), the Union Ministry for Tribal Affairs (MoTA) asserts the state has violated the legislation. The ministry has clarified that the state’s grant of community rights titles to the joint forest management committees (JFMCs) under FRA is a gross violation of the Act.

This was stated in a letter dated August 17 this year, sent by the ministry to Andhra’s principal chief conservator of forests, B Somasekhara Reddy. This was in reply to a letter sent by the forest department in June this year, seeking clarifications on community forest rights under FRA. In its letter, MoTA has underlined the fact that Vana Samrakshana Samithies (VSS) or committees formed under the Joint Forest Management programme, initiated by the Ministry of Environment & Forests and the state government, cannot be a claimant under FRA.

The communication clarifies that  JFMCs are not covered in the definition of the terms “forest dwelling Scheduled Tribes” or “ Other Traditional Forest Dwelling Communities” given in section 2 (c )and 2 (o) of the FRA.

The MoTA letter has also points out that decisions taken at a meeting convened by the then chief minister, the late Y S Rajasekhara Reddy, on July 21, 2009 on community forest rights were not in accordance with provisions of the Act. In this meeting it has been decided that community forest rights should continue to be given to the area managed by the JFMCs. MoTA has stated that this decision by the state government has violated the FRA provisions on community rights. FRA has become operational since 1 January 2007, and the meeting convened by the chief minister was held in July 2009, after the rules of the Act got notified, points out the letter.

The state had started implementing the Act immediately after it became operational.  The state made hasty road maps to achieve targets without trying to understand the legislation. It misinterpreted the term “community” as JFMC and started accepting claims for community rights from the JFMCs while ignoring the claims submitted by the forest dwelling communities.

In all districts of Andhra Pradesh, following the instructions issued by the tribal welfare department on June 6, 2008, title deeds for the communities have been prepared for the forest areas managed through by JFMCs or VSSs.  The title deeds were issued either in the name of VSSs or sarpanches of gram panchayats. “These were prepared without the knowledge or consent of the concerned villages,” points out N Madhusudhan, director of the Hyderabad-based non-profit Yakshi that works among adivasis in the state. Adivasi activists and civil society organizations have been strongly opposing the state subverting the provisions in the FRA which was enacted to undo the historic injustice meted out to forest dwelling communities for decades.

“The state’s defining the terms wrongly and giving  community forest rights to the JFMCs controlled by the forest department was yet another injustice meted out to adivasis and other traditional forest dwelling communities,” says Sagari Ramdas, director of Anthra, another non-profit based in Hyderabad, working among the communities.

In fact, many forest communities had painstakingly mapped the traditional boundaries of the common areas they have been enjoying for grazing cattle or collecting forest produces or for other purposes. This area is much bigger in size compared to the area managed by the JFMCs. Many forest villages had submitted claims for their common land but the claims were rejected.
For instance, in Adlilabad, there were 1,132 claims from the community for an extent of 8,238 acres (one acre equals 0.4 hectare) of land. The Vana Samrakshana Samithies submitted 341 claims for 266,689.63 acres.  Interestingly, as per the records, gram sabhas have recommended only 67 claims of the community for 3,628 acres while accepting all the claims by VSS.

Besides, in the name of joint forest management, the forest department had taken away many stretches of traditional tribal land, points out Sagari. When FRA came into existence, many individuals had submitted their claims to get back their land. All these claims were rejected in the wake of the state government’s decision not to accept individual claims for land managed by JFMCs.

Adivasi organizations in the state have been fighting against this injustice. They had given many submissions to committees that reviewed the implementation of FRA in the country. After the Parliamentary Committee on Social Justice and Empowerment and the National Forest Right Act Implementation Committee urging the  Andhra Pradesh government to  properly implement the provisions in the Act, the state tribal welfare department in January January 2011—three years after starting the implementation of the Act—had issued a memo asking the officials to take steps to implement all sections of the legislation, including the community rights, properly. A road map had been prepared for the completion of the entire process but the authorities continued to give titles to JFMCs. Many gram sabhas in the state have passed resolutions against this.
MoTA  has asked the state tribal welfare department, the nodal agency for implementing FRA, to take necessary steps to withdraw all community forest right titles given to the JFMCs.

Joint forest management in India and its ecological impacts