Says states should notify the new standards within a month 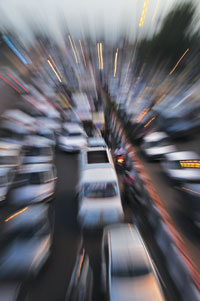 Those blaring sirens and multi-tone horns in private vehicles are likely to be reined in soon. The National Green Tribunal (NGT), a legal body for arbitration of environmental disputes, recently directed the Ministry of Road Transport and Highways to fix standards for sirens and multi-tone horns. The decision was taken after it was found that private vehicle owners were not complying with the standards stipulated under the noise pollution control rules of 2000.

“There is (an) urgent requirement to evolve source-specific standards for sirens and multi-tone horns in vehicles,” the order reads. “Therefore, in order to comply with the ambient air quality standards already stipulated by MoEF (Ministry of Environment and Forests), Government of India under Noise Pollution (Regulation & Control) Rules, 2000, we direct the Ministry of Road Transport & Highways to notify the standards for sirens and multi-tone horns within a period of three months.” It also says these standards should be notified and implemented by states, including Maharashtra, within a month.

Worli resident Dileep Nevatia had filed an application before the principal bench of NGT, objecting to unrestricted use of sirens and multi-tone horns in vehicles, which surpassed the standards prescribed. Nevatia’s prime contention was setting standards for sirens and multi-tone horns, and to ban vehicles that flouted rules. “With no standards, siren levels go up to 110-115 dB. If these are set to, say, 70 dB, noise levels will be down by over 80 to 90 per cent,” he told Down To Earth.

In its judgement, NGT says, “A large number of public are also exposed to high levels of noise, which has adverse impact on their health and well-being, and violates their right to a healthy environment guaranteed under Article 21 of the Indian Constitution... The health hazards caused by noise pollution include high blood pressure, hearing loss, sleep disruption, speech interference and loss of productivity. Noise pollution... even disturbs cardiovascular system, digestive system, sleep and factors associated with insomnia and other disorders.”

In Maharashtra, state officials are waiting for the Centre to send the norms so that the notification and implementation process could begin. “I am yet to read the order,” says state transport commissioner V N More. “However, we have begun enforcing the rule which bans use of multi-tone and pressure horns already.” P K Mirashe, joint director of Maharashtra Pollution Control Board, says the board will implement the new norms once they are framed.

Anti-noise campaigners were optimistic about the judgement. “It is a wonderful judgement. For years, we have been asking the authorities to ensure that traffic noise, which is amplified by horns and sirens, is regulated. Now, the enforcing authorities need to ensure that the spirit of the judgement is followed in its implementations,” says Sumaira Abdulali, convener, Awaaz Foundation. Nevatia stressed on people’s role. “The most difficult part will be its implementation by the police and the people. Maximum attention will be required towards the noise limits at this stage.”