Tax breaks for industry to treat water might be a good idea. Can government make it work? 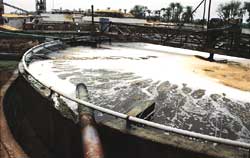 On January 12, 2006, the Central Board for Direct Taxes ( cbdt ) issued a circular stating that effluent conveyance and treatment systems for chemicals industries will qualify as 'infrastructure' facility to be considered for tax breaks under section 80- i a of the Income Tax Act, 1961. Experts reckon the move will give incentives to industry to install wastewater treatment plant. They also fear that certain strictures in the circular would lead to unnecessary bottlenecks. Pollution management experts are also unhappy that the circular overlooks the issue of maintenance, monitoring and, most important, reuse of treated waste.

"It is good to provide incentives for a polluting enterprise to invest in cleaning up their wastes," says R C Trivedi, additional director, Central Pollution Control Board. But how easy will it be to get tax exemption on the basis of this circular? Brijesh Mathur, a taxation expert in New Delhi, points out, "Only those industries that have an agreement with the government -- Union, state or local -- or any other statutory body will be given tax incentives. So, it's not certain if effluent treatment plants constructed and maintained by all industries will be eligible for tax breaks."

It is also essential that the projects for such exemptions should have been implemented on or after April 1, 1995. "What kind of agreement shall we have with the government bodies?" asks Mangi Lal Gandhi, a textile industry association member in Pali, Rajasthan, and director of Shankeshwar Fabrics Private Limited. "State pollution control boards (pcbs) give us no-objection certificates to run our units. Won't that be enough to avail this incentive?" Gandhi also fears this will add to the bureaucratic delays and related snags already faced by industries.

There are more grey areas. For instance, section 80- i a states that any company developing, managing or operating facilities for treatment of water and sewage treatment or irrigation and sanitation units for the Union or state governments is eligible for tax exemptions. In such a case, experts point out, the provision would attract more players, thereby increasing the competition and reducing the contractual fees and other overheads that industries have to incur. Another group argues that such a move would result in revenue losses, which would inhibit development programmes.

Why should there be tax breaks for a company that is charging a price for its services, they ask.

Trivedi says the circular misses out on a crucial aspect. "In a water-stressed country like ours, it is essential that such incentive schemes incorporate reuse of treated wastewater," he emphasises. With industrial water prices increasing in most cities, reuse of treated waste will make more economic sense.

Monitoring details are also not clear. As per the Income Tax Act, the tax break is available for a period of any ten consecutive years out of 20 assessment years -- applicable since the year of operating the water or effluent treatment facility. But what if the eligible industry abstains from operating the facility after a few years? Who will monitor it? How will the violators be made accountable? "Monitoring is very critical," Trivedi agrees. It is given to understand that with the given staff strength the pollution control boards are will not be able to monitor all the industries. How cbdt ties up with the boards is not known.

If the monitoring is not effective, the proposed exemption will only be a tool for the industry or group of industries to make more profits." For instance, the industries that already operate common effluent treatment plants but are not adhering to regulations like the ones in Hyderabad can claim tax benefits while they are polluting our environment," says Anil C Dayakar of Gamana, and ngo in Hyderabad that deals with river pollution issues.

Pollution experts also suggest the next step could be to provide incentives to promote cleaner production technologies. Doubts regarding the interpretations and workings of section 80- i a remain. Senior cbdt officials were unavailable for comment.