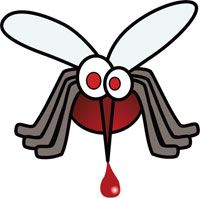 MALARIA kills over a million people each year, most of them children below five. Ninety per cent of these deaths are caused by the deadliest malarial parasite, Plasmodium falciparum. An international team of researchers has taken the fight against this parasite a step further by solving the age-old puzzle of how it survives inside the human body. “This insight may open avenues for designing anti-malarial drugs,” says Pawan Malhotra who led the joint research team from the International Centre for Genetic Engineering and Biotechnology and Hamdard University in New Delhi and Seattle Biomedical Research Institute in the US.

In human body old red blood cells are constantly destroyed and the haemoglobin—iron-containing protein in the blood that carries oxygen from the lungs to the rest of the body—inside them is broken down into haem, a pigment, and globin, a protein. Haem generates harmful reactive oxygen species that are toxic to invading malarial parasites. It has long been known that P falciparum survives in the human body by breaking haemoglobin down into a harmless dark-brown pigment known as hemozoin. The process occurs in the food vacuole, a tiny chamber inside the single-celled body of the parasite where the food is digested.

What has not been known, however, are the details of this process—how the parasite manages to degrade haemoglobin. The new study, published in Proceedings of the National Academy of Sciences on March 5, has now shown that a multi-protein complex found in the body of P falciparum helps it convert haemoglobin into hemozoin.

For the study, the researchers analysed the contents of a food vacuole in the parasite’s body. They identified a multi-protein complex, consisting of protease enzymes and haem detoxification protein, produced by the parasite. They found that this multi-protein complex is always present close to hemozoin crystals, suggesting it could have a role in crystal formation. To confirm this, they inactivated falcipain-2, one of the protease enzymes in the protein complex, and observed if this hindered hemozoin formation. As expected, they found that stopping the activity of falcipain-2 completely blocked hemozoin production.