This kind of fog, which is a mixture of photochemical smog and harmful greenhouse emissions, can trigger asthma and cardiac problems

Fog generally occurs in mid-December in North India. So people living in this part of the country were taken by surprise when they woke to a foggy morning on November 19. Since then, foggy weather has continued to disrupt rail and road traffic, despite the fact that the mercury did not dip much.The Met department has blamed emissions from north India for the haze.

“We had some fog on November 19, which got mixed with pollution, which seems to have been caused by emissions from northern part of India,” says Rajendra Kumar Jenamani, a senior scientist with the fog forecasting division at the India Meteorological Department (IMD) in New Delhi.

“Temperature is not the only factor responsible for fog. Wind motion is very significant. When the wind is calm, there is a greater chance of fog formation,” he says. Fog is a type of low-lying cloud, formed during cold weather when moisture in the air condenses into water droplets. “There was non-existence of winds, mainly due to a lack of western disturbances, over Benaras, Lucknow, Allahabad, Delhi, Chandigarh, Amritsar, Agra, Bhopal, and Gwalior cities. This helped the haze to persist,” says Jenamani (see maps). 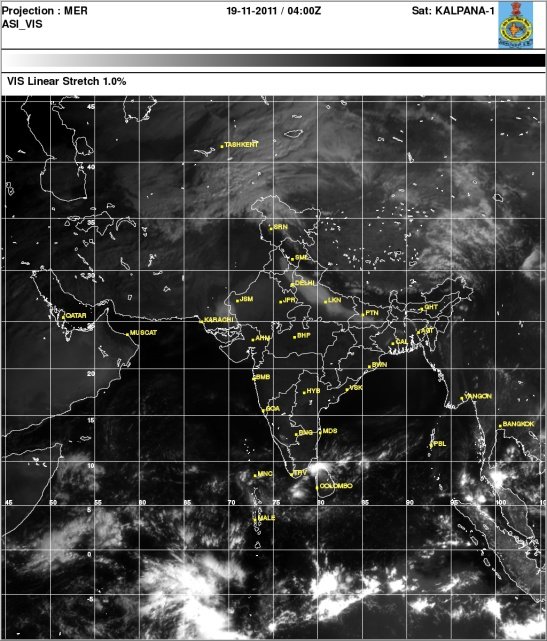 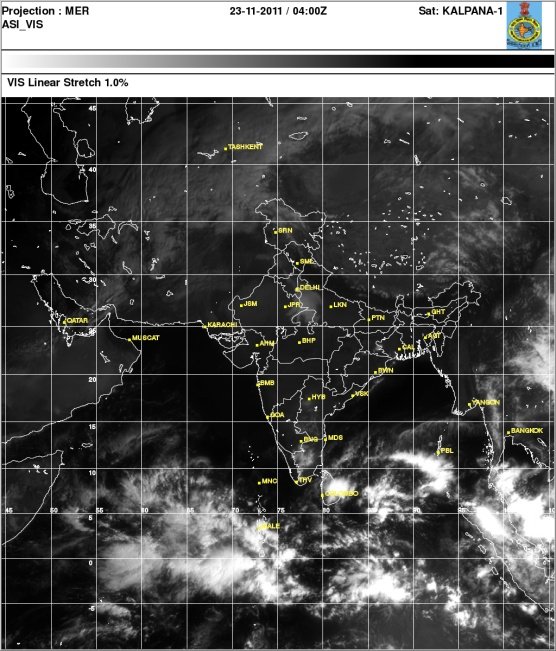 Unusual for this time of year
Jenamani adds that fog generally starts earlier in urban areas as compared to rural as these have more air pollution. The present spell of fog and haze started  on November 18 in eastern part of Uttar Pradesh; it gradually extended its grip over the rest of the state, Delhi, Punjab, Haryana and north Madhya Pradesh in the next 24 hours. “By November 21, the foggy weather dissipated over east Uttar Pradesh, though,”  he says. The worst affected cities were Agra, Lucknow and Amritsar.

The Indira Gandhi Airport in Delhi, too, suffered low visibility on November 19 and 20. However, air traffic was not affected. “We accept that large-scale fog and haze over such a large area at this time of the year is very unusual,” Jenamani says.

An IMD analysis, published last year, shows an increase in the number of fog hours over December and January between 1981 and 2010.  The study shows a significant increasing trend post the 1998-99 winter season in the duration of dense fog which affects visibility within the range of 200 metres, with the winter of 1998-99 experiencing fog for 285 hours. Last winter, fog prevailed for 172 hours.

Menace of winter pollution returns
Anumita Roychowdhury,  head of the air pollution and clean transportation programme at the Delhi non-profit Centre for Science and Environment, says pollution in winter is worse than in any other season. “Air tends to get stationary during the winter season, slowing down nature's ability to ventilate. This helps pollutants to persist in the air for a longer duration. After the monsoon departs, pollution tends to build up in the atmosphere.”

Roychowdhury adds that the fact that pollution is rising in cities like Delhi does not help the  matter. “Natural fog is made worse by pollution. There are serious health implications of this kind of fog which is a mixture of photochemical smog and harmful greenhouse emissions. Dense fog can cause immediate triggers in people with asthma and cardiac problems.”

She adds that it's a well demonstrated fact that the number of emergency admissions in hospitals go up during foggy conditions.

Meanwhile, S P Gautam, chairman of Central Pollution Control Board, says that emissions from vehicles, household and infrastructure development are the biggest contributors to this kind of haze. He added that industries contribute only a minor proportion to haze, especially over the Delhi area.