To tackle TB a dynamic change in discourse is needed. The focus must be on how to respond to emerging complexities the disease presents 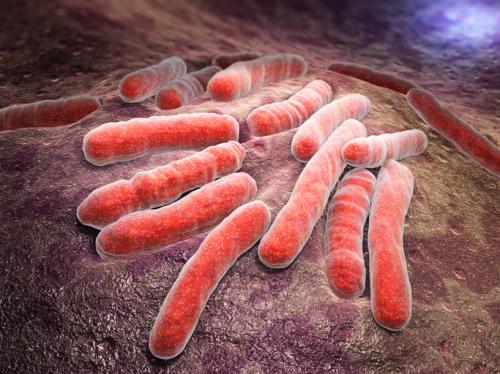 The emergence of drug resistant tuberculosis has resulted in scientists taking a more aggressive and urgent approach to research into the development of the disease.

As the number of drug resistant TB cases has continued to rise, so has the need for rapid diagnosis, new treatment and new strategies that could help contain the disease.

Globally TB still kills more people each year than any other infectious disease, including HIV/AIDS. In 2014, an estimated 1.4 million people lost their lives to TB. In addition 500,000 people were diagnosed with multidrug-resistant tuberculosis (MDR-TB).

In South Africa, 20,000 MDR-TB cases were detected in 2014 though there were many more undetected cases. Of these 20,000 detected cases, 8% were thought to be extensively or totally drug resistant.

MDR-TB occurs when patients inappropriately or incorrectly use antimicrobial drugs or prematurely interrupt their treatment. Further resistance to the drugs used to treat MDR-TB results in extensively drug resistant TB (XDR-TB). When this happens the patient is resistant to at least four of the antibiotics that make up the first set of drugs used to treat TB, known as the first line regimen.

However, recent molecular and epidemiological studies have challenged this belief. They suggest that in most regions of the world, drug-resistant TB is now predominantly caused by transmission. An estimated 95% of new MDR-TB strain cases are as a result of the drug resistant bacteria spreading from one person to the next.

New research on the spread of MDR-TB has raised even more concerns. Until recently it was thought that drug-resistant strains of TB were less transmissible, that both MDR-TB and XDR-TB were only acquired by people as a result of poor compliance to treatment.

This means that the ease in which normal TB is commonly transmitted also applies to both MDR-TB and XDR-TB as well. This poses additional challenges to managing the disease.

The challenge with transmission

TB – under normal circumstances – is highly infectious. It’s commonly spread through the air from one person to another. The TB germs enter the air when a person with active TB coughs, sneezes or speaks. People nearby may breathe in these germs and become infected, and subsequently develop active disease.

At present, when patients with either XDR-TB or incurable TB who have failed treatment are discharged back into their communities, they pose a risk of infecting fellow community members. This inevitably increases the number of infections.

Patients are more likely to suffer psychologically, abandon treatment, and generally show very poor treatment outcomes as a result of being isolated in XDR-TB treatment hospitals, or at home, for a long period of time. Other studies have shown that decentralising treatment may yield equivalent results to keeping them in hospital.

Taking into consideration both the patient’s well-being as well as that of the communities in which they live, means that public health specialists need to develop ingenious interventions that will be beneficial for all.

These strategies must include new detection and intervention technologies targeting transmission and voluntary long-term community based and palliative care facilities so that discharged patients can spend their last days with their families.

Although South Africa – which is often considered the TB capital of the world – has made some noticeable headway in managing TB – between 2000 and 2015, an estimated 49 million lives have been saved through TB diagnosis and treatment. But the rise of drug resistant TB threatens these significant gains.

Public health officials have found that despite drug-resistant TB comprising less than 5% of the total TB caseload in the country, it consumes around 40% of the total TB budget. And the very heart of the health system is further affected as TB continues to claim the lives of a large number of healthcare workers.

To tackle the problem, a dynamic change in discourse is needed. The focus must be on how to respond to the emerging complexities that TB presents.

This requires a multi-pronged approach that should include a reduction in poverty and overcrowding, and other drivers of TB like HIV and smoking.

Strategies that will develop new rapid diagnostic tools are just as important in the fight against the scourge of drug resistant TB. Although the government has made some efforts in containing the spread of drug-resistant-TB by means of rolling out new generation diagnostic technology, more needs to be done to develop and deploy more comprehensive diagnostic tools, and better TB drug development and education.