However, Uttar Pradesh and Rajasthan are among the states that have shown progress in overall health outcomes 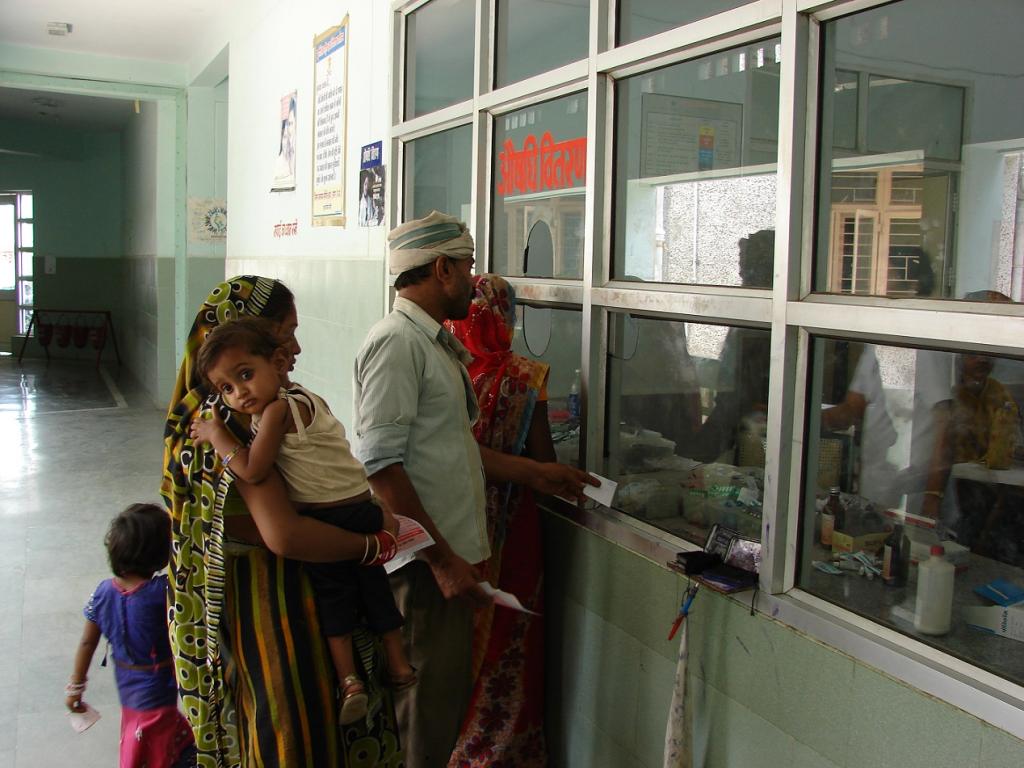 Haryana, Uttarakhand and Maharashtra are among the states that have failed to control under-five mortality rate. Credit: Kumar Sambhav Shrivastava

In its first attempt at establishing “an annual systematic tool to measure and understand the heterogeneity and complexity of the nation’s performance in Health”, the NITI Aayog, today, released a Health Index report titled, “Healthy States, Progressive India.” The report ranks states and union territories (UTs) on their year-on-year incremental change in health outcomes and their overall performance with respect to each other.

The report has ranked all states and UTs in three different categories: big states, small states and UT. For this first ever report of states’ performance on health indicators, the NITI Aayog used benchmark data of 2014-2015 and compared it to 2015-2016.

It shows that one-third of the states have registered a decline in performance.

Going by the assessment, performance of three states in tackling Neonatal Mortality Rates (NMR) has declined in 2016 as compared to 2015. All three states—Bihar, Haryana and Uttarakhand—are ruled by the Bharatiya Janta Party (BJP).

Compared to base year (2014-15), performance of two states—Kerala and Tamil Nadu—have remained stagnant. However, this stagnancy could be because of the already improved NMR situation in these states. With a high index of 76.55 out of 100, Kerala has emerged the top state in overall performance. 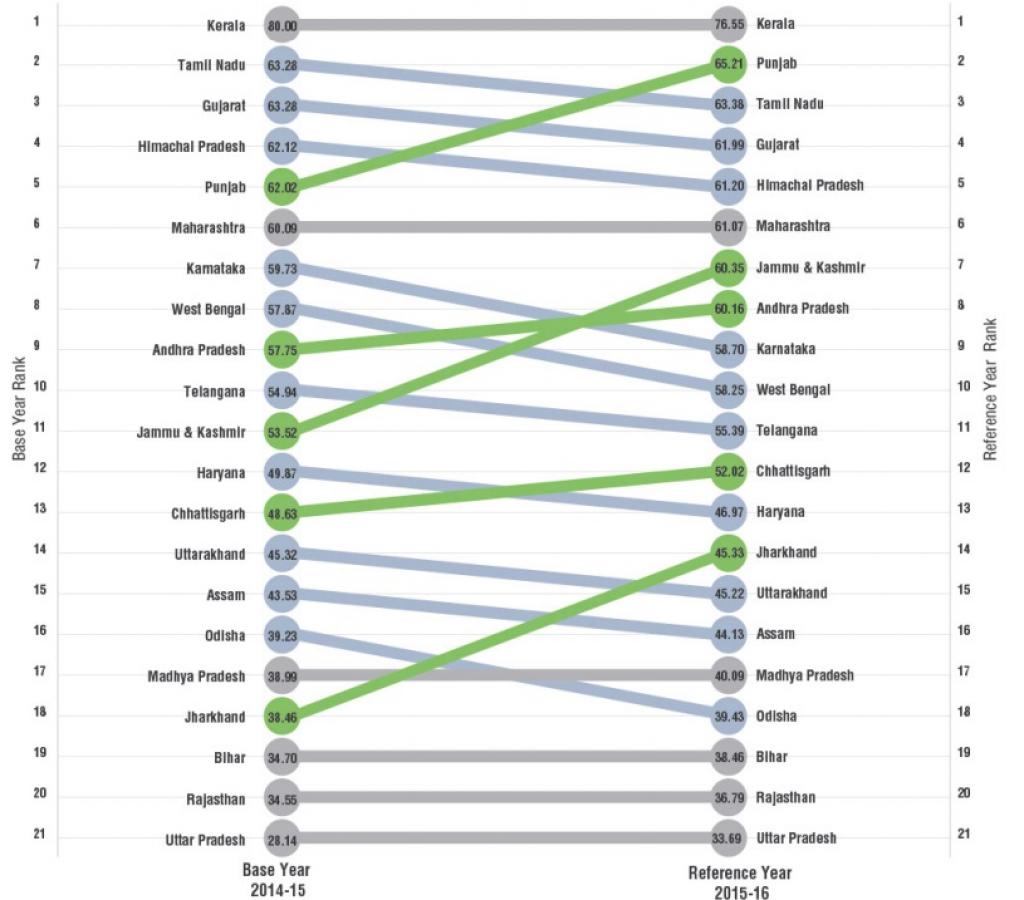 As in case of NMR, three BJP-ruled states have failed when it comes to controlling under-five mortality rate (U5MR). In Haryana, Uttarakhand and Maharashtra, situation has worsened in 2016 as compared to 2015.

Jammu & Kashmir, Himachal Pradesh and Uttarakhand—yet again three BJP-ruled states experienced worsening situation when it comes to total case notification in TB. Other two states having poor performance compared to 2015 includes Punjab and Odisha, as per the report.

About 10 states have noticed a dip in their ranking as compared to base year. These states include Gujarat, Himachal Pradesh, Haryana, Uttarakhand and Assam, apart from Odisha, Telangana, West Bengal, Karnataka and Tamil Nadu.

According to the government think tank, best overall performance was seen in Kerala, Punjab, and Tamil Nadu, while Jharkhand, Jammu & Kashmir and Uttar Pradesh are the top three ranking states in terms of annual incremental performance.