Not the morning after remedy

Overuse of emergency contraceptives can kill 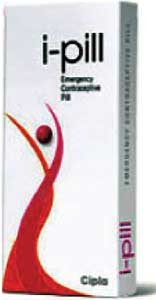 Overuse of emergency contraceptives can kill

A 21-year-old came to the Ganga Ram Hospital in Delhi, bleeding profusely. She had had an emergency contraceptive pill within three days of unprotected intercourse. She thought the bleeding was a side effect of the pill. But she was informed she was pregnant and the foetus had implanted in her fallopian tube. The doctor prepared for an abortion.

Emergency contraceptives have a synthetic hormone called Levonor-gestrel--a form of progestin. Progestin makes sperm movement difficult by causing changes in the cervical mucus and lining of the uterus. It also makes the movement of ova sluggish and does not allow the uterine wall to hold on to an egg if it is fertilized. If the egg is fertilized in the fallopian tube, the case gets more complicated. As the foetus grows, the tube ruptures. If not checked in time, a woman can bleed to death.Fortunately, the 21-year-old came to the doctor well in time for treatment.

The synthetic hormone is present in all birth control pills but its proportion is 10 times higher in emergency contraceptives. Progestins can also cause cancer, a recent report in California in the US has found. But its use in India is very common. "I get about seven to eight cases related to emergency contraceptives every month. About 30 per cent of these are college girls," said Chandra Mansukhani, the 21-year-old's doctor. Women are popping these pills like toffees, added Vijaylakhsmi Rawat who runs an abortion clinic in south Delhi.

Sold under brands such as i-pill, Unwanted 72 and Preventol, these emergency contraceptives are readily accessible over-the-counter drugs. Advertisements give the impression they are the easiest and the sureshot way to avoid pregnancy "the morning after". What television advertisements do not mention is these pills come with side effects (see box). Or the fact that misuse can be fatal.

Rawat said the advertisements do not bother to caution that doctors should be consulted before taking the pill. All that companies recommend is for a pill to be effective, it should be consumed within 72 hours of unprotected intercourse and it is most effective when taken within the first 12 hours.

Overuse of emergency contraceptives can affect fertility in the long term. Continuous use can make the uterus hostile to implantation, said Ila Gupta, doctor at the Mother and Child Hospital in Delhi.

Women take emergency contraceptives because their partners are not sensitive about the long-term health effects or hiv or other sexually transmitted diseases, said Mira Shiva, founder member of People's Health Movement, a worldwide public health campaign. "Health literacy is not given any importance. Male irresponsibility will worsen this. Men who do not want to use condoms feel it is easier for a woman to pop a pill later," she said.

who promoted the emergency pill with the aim of decreasing female mortality related to abortions. In India, there are 400 deaths for every 1,000 pregnancies recorded. Most of these are during abortions. It was for this reason emergency pills were made available over the counter in 2005. "Access to the pill must be fast. Getting a prescription takes time," said Sami-ur Rahman, coordinator of a coalition of non-profits working on reproductive health. The Indian government encouraged the pills for real emergencies, not to set a trend in popping pills each time a couple has sex without protection, said Mansukhani.

Despite repeated attempts, R Gopal, corporate communications officer of Cipla, the company that manufactures i-pill, did not respond to Down To Earth on sales figures and advertising strategies. According to media reports, around 200,000 i-pills are sold every month in India. Rahman said use of emergency contraceptives has gone up considerably in Rajasthan and Uttar Pradesh. A K Pradhan, additional drug controller general of India, said it is not mandatory to talk about side effects on television. The promotional literature must mention the risks involved.