V(a)x populi: Should we or should we not vaccinate 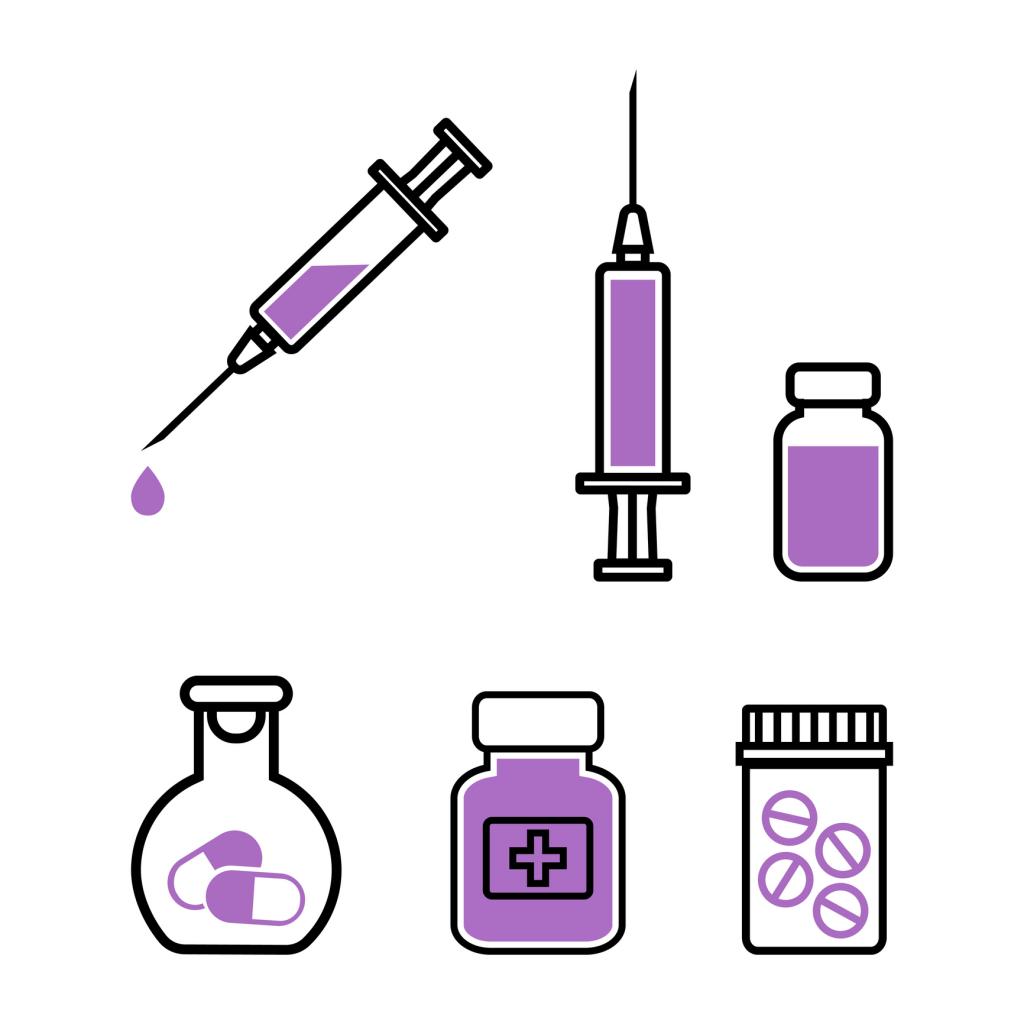 Measles has made a shocking comeback to the United States this year. The 1,044 cases so far this year is the most the country has witnessed in nearly three decades. Experts say that at the core of this sudden resurgence lies an increasing reluctance of some sceptics to vaccinate their children.

These people often cite mistrust of the government, big pharmaceuticals companies and scientists. Europe too is facing a similar problem. Generally, Europeans are more likely than anyone else in the world to believe that vaccines are unsafe, says a 2019 global study on 1.4 million people. The study, conducted by the London-based trust Wellcome, also says that citizens of high-income countries, in general, are more suspicious.

Though it is easy to brush aside ‘anti-vaxxers’ as misinformed and misguided, the wise thing to do would be to engage with them, and allay their apprehensions. Even France, the most vaccine-sceptical nation in the world, made routine vaccination compulsory last year. In the US, anti-vaccine groups are linking vaccines to autism and other ailments, sometimes aided by the social media, which is fueling people’s suspicions. Down To Earth reached out to experts to take stock of the situation. 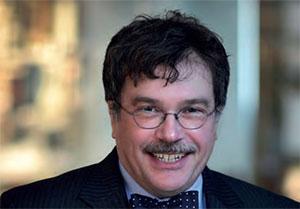 Compulsory vaccination is the surest way to prevent transmission of measles, pertussis and other childhood diseases, which rank among the greatest killers of children, globally. It would also help ensure that coverage in schools exceeds 90-95 per cent.

The reason measles re-emerged in Europe in 2018, resulting in 80,000 cases, was because of the sharp decline in MMR (measles, mumps and rubella) vaccine coverage, especially in France, Italy, Greece and eastern Europe.

Children’s rights should not be denied just because parents download misinformation on anti-vaccine websites. The best way to work with vaccine-hesitant parents is to explain and debunk the misinformation dominating the internet. That’s why I wrote the book, Vaccines did not cause Rachel’s autism: My journey as a vaccine scientist, pediatrician, and autism dad.

Vaccines are monitored in the US and Europe, through the US Food and Drug Administration and the European Medicines Agency. So, claims that antigens in some vaccines are corrupted are not backed by evidence. The anti-vaccine movement is a dangerous misinformation campaign and should be treated as such. 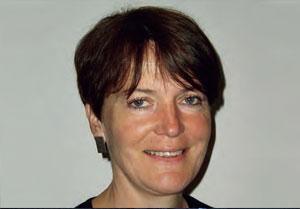 "Difficult to say what turn the anti-vaccine movement will take"

The issue of mandatory vaccination, and whether it is appropriate, differs in different contexts. It may be more acceptable or necessary in certain settings than others. However, if children need to be immunised with all or some specific vaccines before they enter school, this can have untoward consequences.

It is unlikely that parents, who are determined not to immunise their children, will accept vaccination. Indeed, it can make them more resistant to the idea. As education is important for children’s life chances, we should not compromise their access to it.

People may set up home-schooling facility in case vaccination is made compulsory in schools. However, poor children will suffer as affluent people will have more resources at hand to spend on alternative forms of education. Another approach is to fine people, as done in Italy, but then if you are rich you can pay the money and get away. This again affects the poor.

Vaccination is a victim of its success. As diseases become less common in some areas, people tend to forget how serious they are, and the need to be vaccinated becomes less evident. Let’s consider the aggressive return of measles this year. Measles outbreaks are caused by gaps in immunity as a result of low vaccine uptake.

Measles are a special case, as they are so infectious that it does not take a huge decline in uptake for outbreaks to start in the first place. However, it is important to emphasise that there are many reasons for low vaccine uptake.

In the UK, the uptake of MMR fell at the beginning of the 2000s because of concerns over a possible link with autism. The paper that started these concerns has been wisely discredited, but many people not vaccinated early on in life still remain susceptible.

Low uptake may occur in countries where health services have been hit by war or civil unrest. In some countries, there is a shortage of vaccines. There are cases where parents face difficulty in accessing services.

It is difficult to say precisely what turn the anti-vaccine movement will take. This is probably a small, but vocal group, which uses the social media to get its messages heard. However, there have been people who opposed vaccination right from the 1700s. So, it is not a new phenomenon.

We know what we need to do to increase vaccine uptake. Assuming that there is political will and an assured supply of vaccines, there is a need to remind parents about vaccination, have accessible family-friendly services, ensure opportunistic immunisation in hospitals and use every contact to check immunisation status.

Just giving information is not enough as vaccine rejection is often not because of an information gap. We know that around the world, people do trust healthcare professionals. These things should all be in place, and working effectively, before we consider any form of mandatory vaccination. 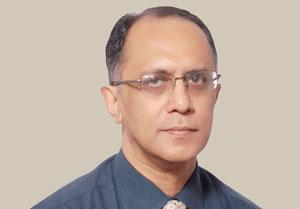 "India must debate the ill-effects of compulsory vaccination"

The fact that compulsory vaccination will serve any special purpose is pure bunkum. Let’s cite an example here. It is well established that if sterilisation is made compulsory, it would control population surge. However, in the case of vaccines we are not sure that they are efficacious, even if 100 per cent of the population is covered.

The pentavalent vaccine, which replaced DPT (diphtheria, pertussis and tetanus), and now comes with a combination of H influenza B and Hepatitis B, has been officially proven to have caused deaths not just in Sri Lanka, but even in India.

The vaccine was suspended in our neighbouring country as a result of the fatalities. The Indian government, replied to an RTI application that it caused 13 deaths in Kerala, three in Haryana and four in Tamil Nadu in 2015. However, whenever a death occurs in India, the exact reason is never brought in the public domain.

The new classification of the World Health Organization tries to do the same and we have written papers saying so in many peer-reviewed journals.

Generally, vaccine hesitancy in India is pushed aside as ignorance of a community, but no sustained efforts have been made to counter the perception. The very fact that measles-rubella (MR) vaccine faced opposition in Tamil Nadu and Kerala is a pointer to the fact that it is not only ignorance. In many cases, there is an informed debate. So, it is better to tell people the pros and cons clearly. Nobody likes to deprive children, and an informed decision will help in this case.

When the MR vaccine was pushed in Delhi and people went to the high court, the court instructed the government that an informed consent should be sought from parents. There is no data about congenital rubella in Delhi as per the government’s own admission. There are many cases where vaccines are being pushed on a large-scale for a virtually non-existent problems. This was the case for the Hepatitis B vaccine.

Word about poor vaccination being responsible for measles outbreak in the US is not beyond doubt. In the US, many states, as a knee-jerk reaction, are making it compulsory now. There will be unforeseen effects of this in countries like India. It will try to do the same on the lines of the US. This may be a big conspiracy theory to make a blind push for vaccine by manufacturers.

The proponents of compulsory vaccination say that in India, where morbidity and mortality rates are high, vaccines should be pushed. I strongly suggest that in a resource-deficit country like ours, it is ridiculous to allocate a large portion of a small health budget to an initiative, the efficacy of which is doubtful. It is both bad science and administration.

Therefore, more than any other country, India must make a push to engage in a debate on the ill-effects of compulsory vaccination.

This debate was first published in Down To Earth's print editionn (dated 1-15 July, 2019)