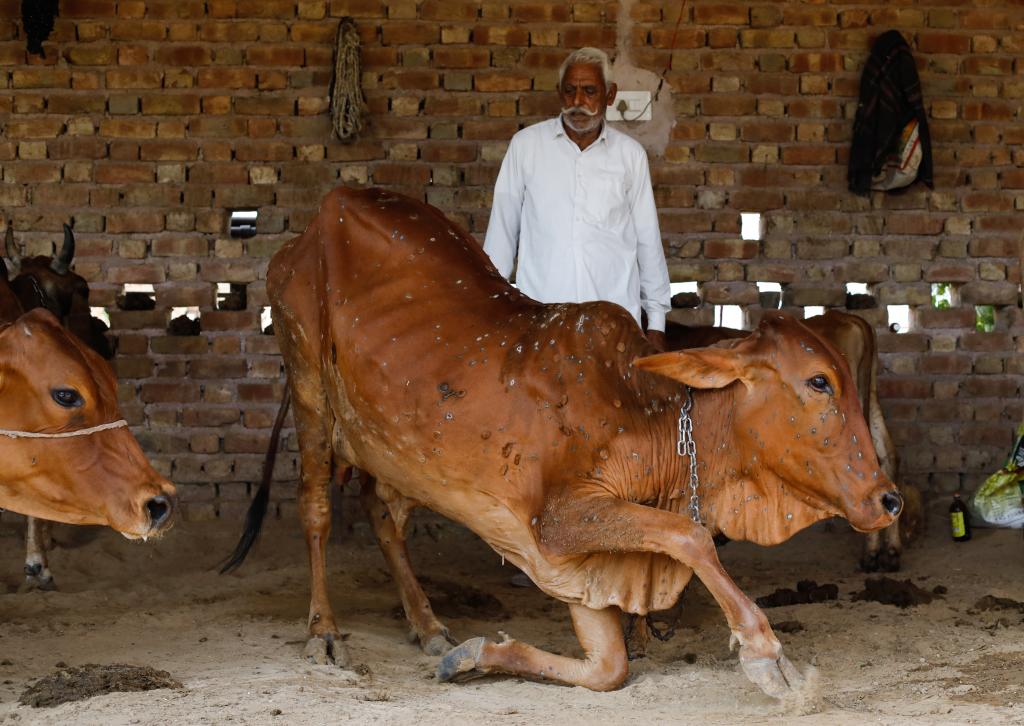 Trucks dragging dead cows, sometimes two together, to overfilled carcass dumpyards in and around the village became a common sight in Malkisar village in Rajasthan in the last two months.

Such a scene was unthinkable till August 2022, when lumpy skin diseases (LSD), a viral infection, began claiming 10 cows a day on an average, Bablu Godara, a local villager, said.

“If a cow dies at any home here, we don’t eat till it is respectfully buried. Many people even go to Haridwar because a milk-producing cow is like our mother,” added the resident of Bikaner, a district which emerged as the epicenter of the disease.

But the villagers couldn’t follow this tradition during the peak of a surge in cases in July and August. 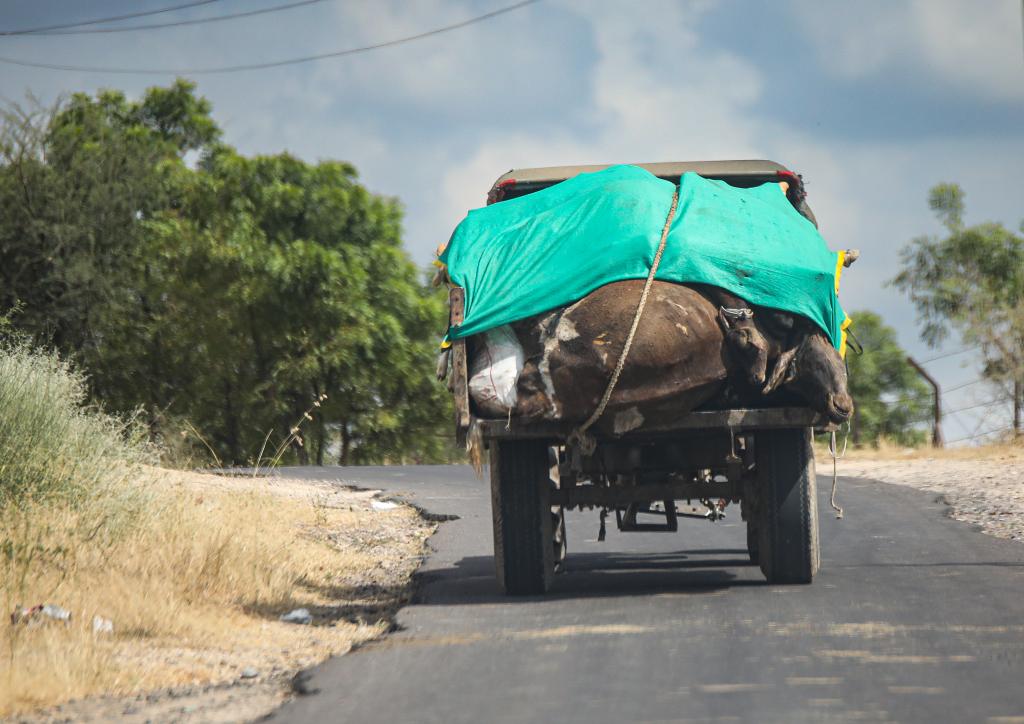 Carcass of cows that died of lumpy skin disease being taken to a dumpyard. Photo: Vikas Choudhary / CSE

Godara and his family lost five of their 17 cows in August to LSD. It was very difficult to arrange for a transport to take the dead animals to the hadda rodis (dumpyard) as the people who provide the service did not have the infrastructure to take so many animals, said Godara. “We implored and begged the tractor operators. He finally agreed for Rs 300 for 1-1.5 kilometres per animal.”

Out of the five dead, three were dairy cows and two female calves which were assumed to start producing milk next year, he added.

The state has been worst hit by the disease; of the 97,435 cattle deaths till September 23, 64,311 were from Rajasthan and of the two million affected animals, 1.4 million were reported from the state.

“In the last two months, the disease spread like wildfire,” said Sohan Lal from Urmul Setu Sansthan, a non-profit working with cattle rearers in Rajasthan.

In July this year, the state received 270 millimetres of rainfall — the highest for the month in nearly seven decades, according to the India Meteorological Department (IMD). In August too, many parts of the state continued to receive excess rain, creating flood-like situations. This contributed to the fast spread of the disease.

LSD is caused by a vector-transmitted virus of the capripoxvirus genus in the poxviridae family. The symptoms are nodules of two-to-five centimetre diameter all over the body, particularly around the head, neck, limbs, udder and genitals. The lumps gradually open up like large and deep wounds.

Apart from close contact of an infected animal with a naive animal, the disease mainly spreads through blood feeding vectors like biting flies, ticks and mosquitoes.

Rains and floods provide a conducive atmosphere for insect growth. The infection also spreads rapidly with multiplication of infected vectors.

A vector biting an infected animal will also get infected, thus precipitously pushing up the virus-carrying population.

The cases in the villages simultaneously increased after heavy bouts of rain, said Lal. From a deficit of 100 per cent rain in the last week of June, Bikaner recorded 247 and 435 per cent excess in the first two weeks of July. The excess rainfall trend continued till August.

“We didn’t understand how it spread so fast. It was raining almost every day in July here which is unusual,” said Harpinder Kaur from Daulatpura village in Ganganagar district. She added:

In the last week of July, we heard that some cows were sick in the nearby houses and then just the next day, we saw lumps on our cow. Within a day, another female calf also got infected.

The family had three cows, including one female calf. Out of the three, the only milk-producing cow died of the disease in August.

In the first and the third weeks of July as well as the first week of August, the district received ‘large excess’ rainfall 190, 640 and 318 per cent above normal respectively, according to IMD data.

Warm and humid climate conditions, which happens after rains, are conducive for the growth of the virus, along with supporting the abundance of vector populations.

“The kind of humidity we have seen this time was unprecedented for Rajasthan,” said Lal.

Research studies on LSDV also attribute climate change as one of the reasons for the changing geography and fast spread of the virus.

Changes in rainfall and temperature regimes may affect both the distribution and abundance of disease vectors, as can changes in the frequency of extreme events, a report by International Livestock Research Institute (ILRI) showed.

Arthropod vectors tend to be more active at higher temperatures, it said. “They, therefore, feed more regularly to sustain the increase in their metabolic functions, enhancing chances of infections being transmitted between hosts.”

Small changes in vector characteristics can produce substantial changes in disease, the authors of the report observed.

As rainfall subsided after mid-August, the cases and deaths too began to stabilise, said 68-year-old Hari Ram, a local resident. He had a total of 22 cattle, out of which 16 were infected with LSD. Out of the 16, five succumbed.

“Among 65 animal diseases identified as most important to poor people, 58 per cent are climate sensitive,” according to the ILRI report.

Climate change may also have indirect effects on animal disease, and these may be greater than the direct effects, it added.