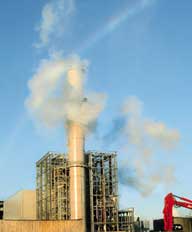 A us federal appeals court recently overturned a clean-air regulation of the Environment Protection Agency (epa), ruling in favour of a coalition of states and environmental groups. The court said that changes proposed by the epa violated the Clean Air Act and that such revisions could only be authorised by Congress.

epa's New Source Review policy sought to allow older power plants, refineries and factories to upgrade their facilities without having to install the most advanced pollution controls, which, the court said, was illegal.

epa' s policy was formally issued in 2003 but could not come into effect because of legal challenges. The ruling was the court's second decision. In an earlier case, the court upheld epa' s attempt to limit the upgrade requirement to projects that exceeded their original cost by 20 per cent. epa may appeal against the decision.