How effective is the global polio eradication drive?

An optimistic note, about wiping out polio from the six afflicted countries, was to be sounded at a conference organised by the World Health Organisation in Geneva on January 15. Instead, the sudden re-emergence of the disease in two African nations -- Benin and Cameroon -- set the alarm bells ringing and turned it into an emergency meeting 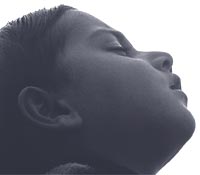 an optimistic note, about wiping out polio from the six afflicted countries, was to be sounded at a conference organised by the World Health Organisation (who) in Geneva on January 15. Instead, the sudden re-emergence of the disease in two African nations -- Benin and Cameroon -- set the alarm bells ringing and turned it into an emergency meeting. The development has thrown up questions about the efficacy of the global polio eradication campaign, whose forceful implementation was accorded top priority at the meet.

who's Geneva Declaration for a polio-free world by the end of 2004 evoked a commitment from Afghanistan, Egypt, India, Niger, Nigeria and Pakistan -- the countries where the disease persists -- to immunise 250 million children repeatedly during this year. India's Union minister for health and family welfare, Sushma Swaraj, has resolved to step up efforts to achieve the goal. "There is no room for polio in India's future," she declares. "With full support of the government and funding agencies, eradication by the end of 2004 is possible," feels S Sarkar, the coordinator of the Pulse polio programme in India. Sarkar attended the Geneva meet.
Both Benin and Cameroon have reported a case each despite the countries being polio-free for some years. The disease has resurfaced in these areas because of neighbouring Nigeria's inability to control it from spilling over. The prevention programme in Kano state of Nigeria has not been working well due to rumours that the vaccine could render women sterile since it is rich in oestrogen. While there has been a rise in polio cases within Nigeria, the disease also spread to other countries last year. They include Chad, Niger, Burkina Faso, Ghana and Togo, apart from Benin and Cameroon.

In India, the number of polio cases during 2003 was 218. Although this represents a drastic drop from the previous year's figures, the worrying aspect is that the disease has re-emerged in the southern states from where it had been eliminated earlier. Fresh cases have cropped up in Andhra Pradesh (ap), Karnataka and Tamil Nadu (tn). ap and tn were polio-free since 2000, and Karnataka from 2001 onwards. There has also been no let-up in the incidence of the disease in Bihar and Uttar Pradesh (up), which are the worst affected areas. Between December 26, 2003, and January 6, 2004, three new cases were reported in up.

In 2000, there were 265 cases in 89 districts across the country. The subsequent year saw the number of affected districts decrease to just 63. The figure rose to 159 in 2002. Eighty-five districts were declared affected in 2003, showing that the situation is almost as bad as it was in 2000. The fluctuating trend in the incidence of the disease is largely because of wide variations in the application of control measures.
Eradication programmes around the world have used up us $3 billion over the past 15 years. In the process, the disease has been wiped out from more than 200 countries. The who wants to make polio the first disease to be completely eradicated in the 21st century. It hopes to achieve this target in 2004 itself with Egypt expected to show the way, followed by India. However, according to estimates, an additional amount of about us $150 million would be required to implement the global programme successfully.

In May 2003, the Global Polio Eradication Initiative, a collaboration between who, Centers for Disease Control (cdc), Rotary International and United Nations Children's Fund (unicef), had announced that immunisation campaigns in 93 countries would be revised to ensure that more money is available for the endemic countries. Furthermore, special emphasis would be laid on prevention programmes of the six high-risk countries. But the re-emergence of the disease indicates that this is not the correct approach.

Even polio-free areas remain susceptible till every child is administered the vaccine. Some countries, especially the poor ones, stop mass immunisation programmes after achieving the polio-free status. They, too, become prone to the disease again.

In India, the polio eradication campaign got underway in 1995. The India Expert Advisory Committee (ieac), comprising national and international experts, decides the nitty-gritty of the programme. Funds are collected on the basis of plans formulated by this committee. Apart from who, the other major players involved in the implementation of the campaign include the Union government, Rotary International and unicef.

The programme has, however, not proved very effective in the country. For one, ieac seems to have botched up its job by tinkering with the campaign at a crucial juncture. Consequently, there was a sharp dip in the money being provided for the purpose.

Inexplicably, even in a high-incidence state like Bihar, the money was reduced from about Rs 22 crore in 2000-2001 to around Rs 16 crore in the next year. During the corresponding period, up also saw funds being cut from about Rs 35 crore to less than Rs 32 crore. In Orissa, the amount was decreased from around Rs 4 crore to slightly more than Rs 3 crore. With funding slowing to a trickle, the immunisation rounds in these areas had to be reduced drastically.

The scrimping has spawned a yawning immunisation gap. For instance, if the vaccination is done in December and January, children born after January would be vulnerable to the disease till the next round in December. It is noteworthy that it would take only five days for this group to contract the disease if an infected child migrates to the area.

The problem would not have been encountered had the routine immunisation been satisfactory, as the polio vaccine is administered along with the dpt (diphtheria, pertussis, tetanus) vaccine. But the routine immunisation programme itself is not being implemented properly in most parts of the country. unicef's data for 2001 shows that Bihar has a dpt coverage of only around 18.5 per cent, while it is 40.5 per cent in Rajasthan.

Another reason for the campaign's failure is that misconceptions have emerged about the vaccine. People belonging to a particular minority community feel that the campaign is being used as a facade to sterilise them. In Aligarh, up, where the community's population is large, the incidence of polio has gone up from two in 2000 to 16 in 2003. There is also the false impression that the preventive measure can cause the disease, as the polio virus is used to make the vaccine.


Who is to blame for the polio control programme going haywire? Since decisions pertaining to the eradication campaign are taken collectively, it is very difficult to pin the blame on a particular authority or agency. Even so, an official of the Union ministry of health and family welfare concedes that the government was complacent in deciding to reduce the immunisation rounds. The move did not have any scientific basis, says another ministry official. It was a premature step, asserts Rajiv Tandon, a paediatrician and ex-executive director of Rotary International's polio programme.

The Geneva Declaration, however, appears to have come as a wake-up call. India and Pakistan are set to coordinate their respective polio programmes. India has also decided to include its Prime Minister and President in the management of the disease. A total of five national immunisation days and one sub-national immunisation day would be organised. Along with providing immunisation at booths, a door-to-door drive will be launched. A media blitz involving celebrities has been started to raise awareness. Religious leaders, too, have been roped in to allay doubts.

"These measures are bearing fruit," claims Sarkar. But experts are sceptical. A case in point is Bihar where doctors did not reportedly turn up in sufficient numbers for the January 4 phase of the campaign. The reason: it was too cold to venture outdoors! Rajdev Chaturvedi of the Gramin Punarnirman Sansthan, a non-governmental organisation of Azamgarh, up, alleges that funds for the programme are routinely misappropriated at the local level.

Some experts believe that India needs to switch over from the oral form to the intravenous polio vaccine (ipv) because the latter is more potent. ipv should be introduced in routine immunisation programmes in states like Kerala, says Vipin M Vashistha of the Indian Academy of Paediatrics, Bijnore. But the government is not keen to do so, as ipv isn't used in any country's prevention programme. Further, it costs Rs 100 for each dose while the government's allocation per child is Rs 4.50.

Notwithstanding the fact that the campaign has been spruced up, eradication of polio in India still seems a long trudge away.