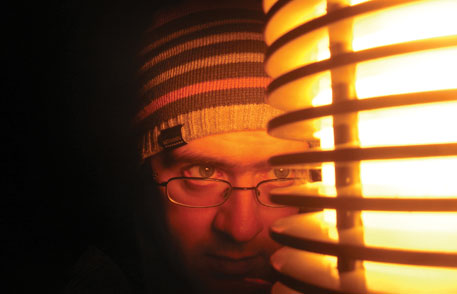 CHANCES are high that when you leave a room lit with orange light you will remember more about the events you see afterwards than what you would have if you were coming out of a room filled with blue light. Most of us know about rods and cones, the light-sensitive cells in our eyes that make us see the world, but there is a third kind that impacts us in a very important way. Melanopsins, discovered around the turn of this century, are light-sensitive photoreceptors in our eyes responsible for alertness and cognition.

A study has found that exposure to light of longer wavelength (orange light) activates brain function more than the light of shorter wavelengths (blue light). In the study, volunteers were exposed to orange light or blue light and their responsiveness was tested in audio recalls and letter-matching tests by monitoring their brains using a state-of-the-art MRI. The data showed that the impact of light on brain areas performing an ongoing cognitive task depended on the colour of the light it had been exposed to. The findings, published in Proceedings of the National Academy of Sciences on March 10, emphasise the importance of light for cognitive functions of the brain andÃ”Ã‡Ãªand show the role of melanopsin.

Sarah Chellappa, co-author of the paper and a post-doctoral researcher at Cyclotron Research Centre, University of Liège, says, “Melanopsin photopigment is unusual in many aspects and differs from other photoreceptors, such as rods and cones, since it is maximally sensitive to blue light . In humans, it has not been possible to apply genetic tools to selectively isolate the precise role of this new photoreception system and consequently, the role of melanopsin in human cognition and alertness has not been established. However, we provide in our study evidence for the involvement of melanopsin in the impact of light on cognitive brain function.”

She adds, “The continuous change of light throughout the day also changes us. Ultimately, these findings argue for the use and design of lighting systems to optimise cognitive performance.”

The team is now planning to conduct the same experiment during different times of the day, using different wavelengths of light.