Humanity may lose gains made in global health due to climate change: study 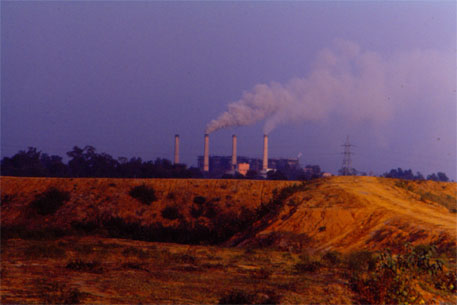 Climate change poses one of the biggest threats to public health across the world, according to a study conducted by an international team of researchers and published in the journal, The Lancet.

Extreme weather events such as heat waves, storms, forest fires, floods and drought directly affect our health while effects of climate change on our ecosystem can have indirect impacts, the study says. In view of this, researchers have made 10 recommendations to reduce the adverse health impacts due to climate change.

According to researchers, air pollution can cause allergy and asthma. Similarly, loss of ecosystems can bring pests into direct contact with humans and increase the number of vector-borne diseases, according to the authors. They say that the situation should be treated as an opportunity to develop more resilient health systems across the world.

A specific recommendation is the rapid phasing out of coal from the global energy mix. Currently, 2,200 coal-fired plants for power production are proposed globally, which will damage the respiratory system of people and increase the risk of cardiovascular diseases. The paper recommends that coal plants should be replaced with cleaner energy sources.

Heat waves have a clear association with mortality rate among human beings, researchers say. During the Russian heat wave of 2010, there were 11,000 additional deaths between July and August as compared to same period in 2009, the study says. Western parts of the country had 25,000 cases of fire which increased the concentration of carbon monoxide, nitrogen oxides, aerosols and particulates in the atmosphere.

Citing similar examples, the paper recommends that climate change needs to be controlled as an emergency, otherwise it will “undermine the last half century of gains in development and global health”.