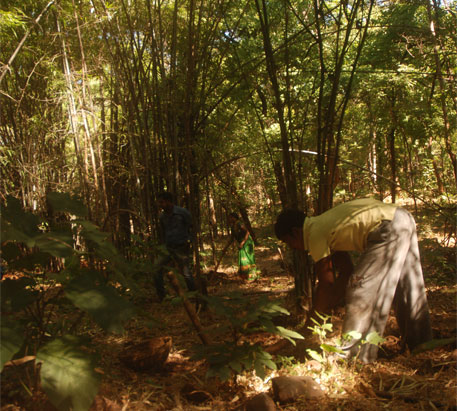 In a less than eight months human beings have exhausted the earth’s entire quota of natural resources for this year. The rest of the year we will operate in offshoot—drawing down local resource stocks and accumulating carbon dioxide in the atmosphere by maintaining ecological deficit.

Global Footprint Network, an international sustainability think-tank, has marked August 19 as Earth Overshoot Day, 2014. The day is a rough estimate of time and resource trends which marks when we begin living beyond our means in a given year.

Humanity has already exceeded nature’s supplies such as land, trees and fish, which it would have regenerated this year. It has also outstripped the planet’s annual capacity to absorb waste products, including carbon dioxide.

Earth Overshoot Day is as close as science can get in measuring the gap between our demand for ecological resources and services, and how much the planet can provide.

Ecological debt growing
Overshoot has been growing over the years, and the earth is sliding into “ecological debt” earlier and earlier. In 2000, Global Footprint Network had marked Earth Overshoot Day in early October.

In 1961, humanity used three-quarters of the capacity earth had available for generating food, fiber, timber, fish stock and absorbing greenhouse gases. Most countries had biocapacities larger than their own footprints. By the early 1970s, global economic and demographic growth had increased humanity’s footprint beyond what the planet could renew. We went into ecological overshoot.

Today, 86 per cent of the world’s population lives in countries which extract from the nature more than the ecosystem can renew. Global Footprint Network calculates that it would take 1.5 earths to produce the renewable ecological resources necessary to support humanity’s current footprint. Moderate population, energy and food projections suggest that humanity would require the biocapacity of three planets well before mid-century.

“Global overshoot is becoming a defining challenge of the 21st century. Each individual country’s availability of and dependence on natural capital will affect its economy and define how it can weather this global storm,” says Mathis Wackernagel, president of Global Footprint Network and the co-creator of the Ecological Footprint Resource Accounting Metric. “Natural capital constraints can amplify inequalities and strain the fragile global economy further,” adds Wackernagel.