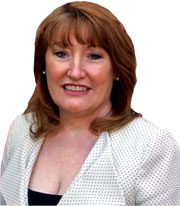 The British newspaper The Independent has tracked down private emails to uncover lobbying by food makers to block a Europe-wide food labelling system.

The mails show Kellogg’s, Danone, Coca- Cola, Nestle and other manufacturers citing surveys which favoured the existing percentage-based information on nutrients and other ingredients. On June 16, the European Parliament rejected the traffic light system of labelling devised by the EU’s Food Standards Agency in favour of the percentage system. The new system had proposed red marks on food labels for high levels of salt, fat and sugar, and amber and green for lower amounts.

Glenis Willmott, a British Labour party leader, accused the food industry of heavy-handed tactics. “People weren’t told that the amount of time and money poured in by lobbyists was huge,” she said. “It must have had an impact.”

Mette Kahlin, policy advocate for the consumer rights group Which?, said, “While lobbying in Brussels, I was outnumbered by industry lobbyists 100-1. Consumer organizations don’t have enough money to match them.”

In one e-mail Nestle France warned that the introduction of a colourcoded system would “create an arbitrary judgement about the food”.