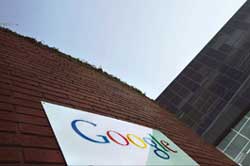 Under attack for gagging information and news, the Chinese government has reacted sharply to retort that their controls on websites and Internet service providers are no different from those used in Europe and the us. Although China does not deny that it operates a sophisticated firewall to protect the communist regime, it admits to information control measures, but strictly according to American and European regulations.

This comes right on the heels of the Google controversy when it agreed to pare its content to suit the Chinese demand for censorship. Not just Google, Yahoo Inc has also been accused of providing data that has helped China convict dissidents who were using Yahoo accounts.

In the meanwhile, the us has joined the fray by holding congressional hearings on the role of Internet providers in aiding the communist regime.

But critics claim the exit of giants like Google will not make any real dent to the Chinese virtual market. China has its fast growing indigenous technologists to provide alternatives.