Researchers, however, call for better surveillance to gather more scientific data that can determine whether mutations are causing the current outbreak 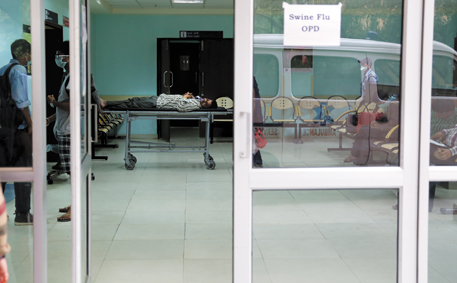 Amid speculations that the deadly H1N1 influenza A virus, or swine flu, might have mutated, the National Institute of Virology (NIV), Pune, under the Union health ministry, has said that the strain of the original virus available with the institute did not show any of these mutations, says a report of The Times of India (TOI). NIV also claims that a report on genetic analysis of the swine flu virus by the World Health Organization (WHO) did not indicate any resistance of the virus to oseltamivir (Tamiflu), the medicine prescribed to swine flu patients.

In response to a study by the Massachusetts Institute of Technology (MIT), US that had earlier said that the H1N1 influenza A virus may have acquired mutations that make it more dangerous than the previously circulating strains of the virus, NIV maintains that there is no proof of mutation. The study was published in the March 11 issue of the journal, Cell Host & Microbe.

The researchers, however, stressed on the need for better surveillance to gather more scientific data about the new strain and determine whether mutations present in the strain are causing the current outbreak. “We are really caught between a rock and a hard place, with little information and a lot of misinformation. When you do real-time surveillance, get organised and deposit these sequences, you can create a better strategy to respond to the virus,” TOI quotes Ram Sasisekharan, the paper’s senior author.

Swine flu has claimed more than 1,500 lives in India and affected more than 27,000 people. The worst-affected states have been Telangana, Madhya Pradesh, Maharashtra, Gujarat and Rajasthan.