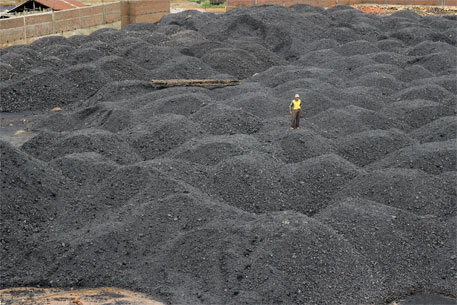 Activities of four US-based environmental NGOs are being probed by the government for allegedly being against “national interest and security”. According to a news report in the national daily, The Hindu, foreign funding to these NGOs has been cut pending clearance from the Ministry of Home Affairs (MHA). The four NGOs are the Bank Information Centre (BIC), Avaaz, Sierra Club and 350.org. They are known for their work on the impact of coal projects.

In a similar move, foreign funding to Greenpeace in India was cut following recommendation by the Intelligence Bureau in 2014.

A member of one of the organisations has confirmed, under the condition of anonymity, that their personal bank account has been frozen since December 17, 2014. The bank received a letter from the MHA on December 10, asking it to freeze the account until the FCRA or Foreign Contributions (Regulation) Act wing of the MHA was able to ascertain whether the "foreign contribution is utilised for bonafide welfare activities, without compromising on concerns for national interest and security". None of the NGOs were given any notice before the fund cut.

BIC advocates for equitable development in the operations of the World Bank Group and other regional development banks. 350.org is a climate movement that works towards reducing CO2 emissions to "preserve a liveable planet". They have been rallying against the $10 billion Alpha coal project by Adani Enterprises in Australia since 2013. The project will include the construction of a port in Australia to export coal to India and other north Asian countries. Avaaz has also been campaigning against the project. While the proposed project will give the Adani Group, India's largest coal importer, access to massive coal reserves, it is also expected to cause large scale environmental damage to the Great Barrier Reef.