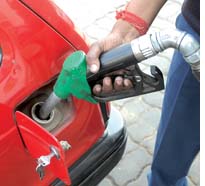 public anger over lack of regulations to improve fuel efficiency of vehicles has finally set off official action. The Petroleum Conservation and Research Association, an autonomous research body under the Union ministry of petroleum and natural gas, has signed a memorandum of understanding with the Bureau of Energy Efficiency to develop fuel economy standards under the Energy Conservation Act, 2001.

This clears the way for starting the technical process of setting the standards for substantial fuel savings and reduction in heat-trapping gases.

The announcement coincides with the release of a global report by Washington-based International Council on Clean Transportation (icct). The report says not only have the major regions of the world set fuel economy standards; some of them are on their way to tightening the targets substantially.The eu, Japan, Canada, Australia, the us, China, South Korea and Taiwan are on the move. Worldwide, regulations are set either to control fuel consumption per unit of distance travelled or to regulate direct emissions of total greenhouse gas or co2 emissions. However, both are directly linked with fuel consumption levels of the vehicles.

The report says that the eu that had entered into a voluntary agreement with its auto industry associations to meet the world's toughest co2 reduction target for 2008 (140 g co2/km) and 2012 (120 g co2 /km) has missed the target. Japan's new standards are expected to achieve the lowest fleet average ghg s for new passenger vehicles in the world (125 g co2 /km) in 2015.

"Over the last three years, Japan has increased stringency of its fuel economy standards, while Europe is in the process of weakening its co2 standards," said icct executive director and the co-author of the report, Drew Kodjak. The us ranks at the bottom in the vehicle fuel-economy standards. It can move up the list only if the currently proposed legislation (cafe bill) to boost mileage requirements is signed into law.

Among the developing Asian countries China has taken steps to reform passenger vehicle excise tax to encourage production and purchase of smaller-engine vehicles, and to eliminate the preferential tax rate that applied to sport utility vehicles.

In South Korea, the fuel economy standards for new passenger cars are expected to decline over the next five years with the help of government initiatives. India too needs to join the race to maximise fuels savings.

The new investments in India need to be linked with strong efficiency and clean emissions requirements.