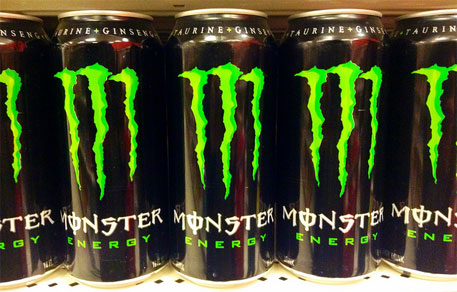 The Food Safety and Standards Authority of India (FSSAI) recently withdrew the No Objection Certificate (NOC) of Monster Energy and Monster Energy Zero products, putting an immediate stop to their manufacturing, sale, distribution and import. These drinks are produced and marketed by Monster Energy India Private Limited which is part of US-based Monster Beverage Corporation.

The authority’s scientific panel observed an irrational combination of ginseng and caffeine in Monster Energy, which it said would have an “opposing effect” on the human body. The energy drink projects the rationale for combination of ginseng primarily as flavouring agent, but it is not listed in the Food Safety and Standards Regulations-approved list. The panel also found the title of the product misleading.

One can (475 ml) of Monster Energy Zero was found to contain vitamins B2, B3, B6 and B12 in excess of the recommended daily intake.

Apart from ginseng and caffeine, the product also contains Taurine and L Carnitine, two amino acids, in violation of section 22 of the Food Safety and Standards (FSS) Act, 2006. The use of L Carnitine and ginseng has to be specifically approved by FSSAI for use in such energy drinks. Documents supporting the approval of these ingredients were also missing.

FSSAI was to issue the letter withdrawing the NOC in September 2014. But the company managed to secure interim relief from the Bombay High Court in the same month. FSSAI challenged the interim relief in Supreme Court and the apex court finally issued the letter of withdrawal of NOC on May 8, 2015. This is not the first time that concerns have been raised about the ingredients in an energy drink. NOCs for energy drinks such as Cloud 9 and Tzinga Energy were also withdrawn on similar grounds in November 2014 and April 2015 respectively.

Energy drinks have also been at the centre of a controversy due to their high caffeine content, a strong psycho-stimulant which is marketed as an instant source of energy.

High caffeine content can have life-threatening impact on blood pressure, heart and brain functions. The energy rush after consuming such drinks come from the sugars present in it, while caffeine only gives the impression of feeling energetic.

As of now, India has not declared any standards limiting the caffeine content in energy drinks to be followed by the industry. As per a 2009 amendment in Rule 37-A (2) of the Prevention of Food Adulteration Act, 1954, “energy” drinks were to follow the caffeine cap of 145 ppm, as is applicable to carbonated beverages. A stay order was placed on the amendment in 2010 which led the industry to be largely unregulated.

It proposed that product labels must display a message recommending that the daily intake must not exceed two cans per day. It also required labelling to have a prominent display of caution, warning against consumption by children, pregnant and lactating women. It recommended packaging of energy drinks in 250 ml containers with no health and enhanced function claims.

Till date, there has been no action nor has there been any update on the status of these draft regulations.
Detractors claim that consuming caffeine through tea and coffee is similar to that consumed through energy drinks.

But it is important to note that tea and coffee are consumed in smaller quantities and more slowly.

A pack of energy drink cans, on the other hand, has more caffeine and is consumed in higher quantity. When these are taken in one go, it is likely to cause sudden chemical burden on the body. It is, therefore, recommended that energy drinks follow a caffeine limit of 145 ppm.

Apart from their high caffeine content, concerns have also been raised about the consumption of these drinks with alcohol to counter drowsiness. However, scientific evidence shows that such consumption can impair cognitive function, increase probability of alcohol dependence and can affect other organs in the body.

India has no set standards for energy drinks till date. Food safety researchers have been waiting for concrete regulations to be set and implemented.