Every year, the Indian government acknowledges farmers and organisations who have been conserving germplasm of indigenous plant species. The Indian Genome Saviour Awards are given by Protetction of Plant Varieties and Farmers Right Authority, a statutory body under the Ministry of Agriculture. This year the awards were given in three categories:

A look at this year's winners 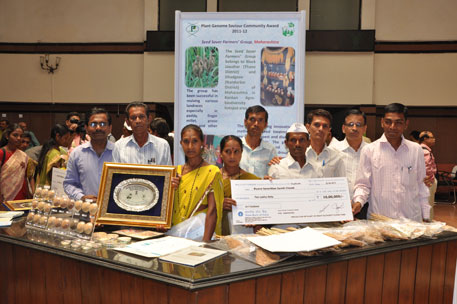 Based in: Jawhar block in Thane, Maharashtra

Achievement: The group of around 700 farmers is involved in conservation and revival of indigenous varieties of cereals, pulses, oilseeds, vegetables and fruits in tribal areas. Their best known work is conserving varieties of paddy, finger millet and proso millet. These include paddy that is drought-resistant, resistant to water logging and those with medicinal properties—the calcium and phosphorous-rich vriety aid in fracture recovery. Besides, the farmers here have innovative methods of seed treatment, seed storage, pest and disease management 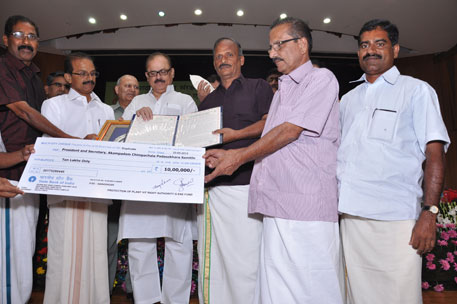 Based in: Palakkad, Kerala

Achievement: The award was given to Akampadam Chimpachala Padasekara Samithy, representing rice farming in the district. The farmers here are conserving traditional rice varieties like Aryan, Thekkan and Navara. Rice varieties from Palakkad are resistant and tolerant to major biotic and abiotic stresses and are accepted as a gene donors in global rice programmes. These communities also helped to develop two high yielding varieties of Kunjukunju Varna and Kunjukunju Priya, selected from Kunjukunju variety 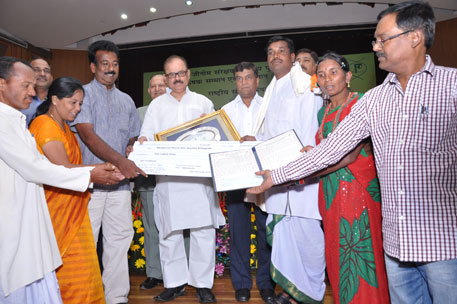 Achievement: The society has brought more than 5,000 acres (one acre equals 0.4 ha) of land, including 2,000 acres of Poduland, under paddy, ragi, pulses, corn and vegetables. The society manages 33 grain banks for storage of traditional foodgrains, especially to ensure availability during drought periods. The society believes in sustainable agriculture and promotes cultivation of traditional varieties in villages. Many landraces of various crops like cereals, millets, small millets, oilseeds, pulses and vegetables have been conserved and grown by farmers associated with SRDS 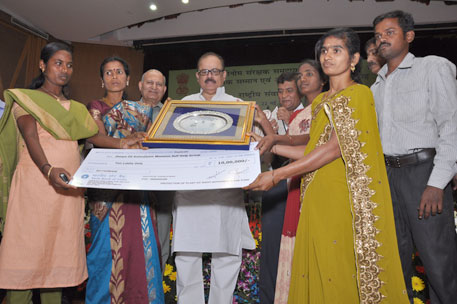 Achievement: The tribal group here are cultivating several crops like little millet, paddy, horse gram and fruits. The village has saved around twenty landraces of little millets. Unique types of ragi called Vellai poo ragi and cumbu (Pudu Pattu type) have also been conserved by tribal communities of the village.