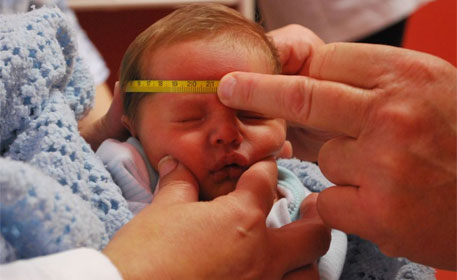 Researchers have evolved the first-of-its kind standards for measuring health of newborn babies, which is universally applicable irrespective of ethnicity, race and country of birth. This means that there will be one set of standards for all countries to ascertain whether a newborn baby is healthy, underweight or overweight. The new standards specify desirable growth patterns even for those babies growing in the womb (as measured by ultrasound).

For evolving the standards, researchers from 27 institutions across the world included 59,137 pregnant women in a survey, conducted from May 14, 2009 to August 2, 2013. Among them, 20,486 (35 per cent) women were found eligible given their healthy status. The standard was published in Lancet, a UK-based medical journal.

After the calculation at every phase of growth, the researchers provided 3rd, 10th, 50th, 90th and 97th centile curves for the growth of a baby during pregnancy and for a baby's size at birth according to gestational age (weight, length and head circumference).

The new foetal and newborn standards will provide health practitioners worldwide with clinical tools to monitor growth from early pregnancy to school.

International standard for head circumference of baby growing in womb 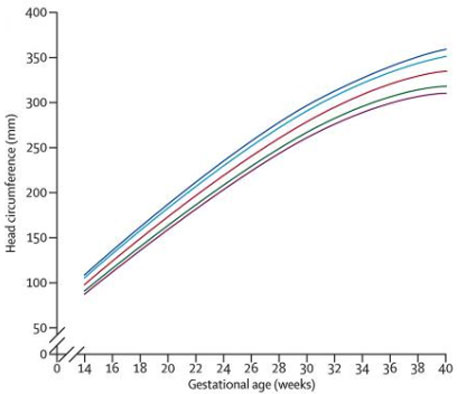 This study design was the same approach taken by the World Health Organization (WHO's) Multicentre Growth Reference Study of healthy infants and children, which established the international WHO Child Growth Standards, from 0 to 5 years of age, that are now used in more than 140 countries worldwide.

International standard for birthweight of boys and girls 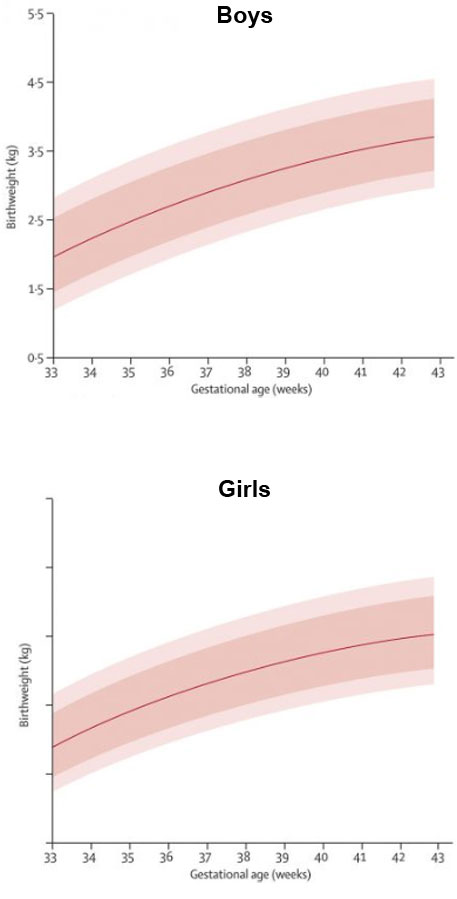 WHO’s standard, published in 2006, included populations from Brazil, Ghana, India, Norway, Oman, and the US. It included subjects with the priorities of only breast-fed infants from mothers who did not smoke and who had minimum environmental constraints on growth.

Learning from child death review in the USA, England, Australia, and New Zealand