Investments from India to lead growth in East African market

Over the last decade, Africa-India trade has followed the upward trend in South-South trade and investments 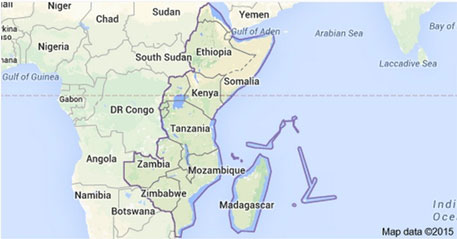 Increased trade between India and East Africa will be driven by private sector-led development, supported by investment from Indian businesses, said participants at a recent workshop in the Ethiopian capital of Addis Ababa.

The project that is a part of United Kingdom government-backed project on Supporting India’s Trade Preferences for India (SITA), implemented by the International Trade Centre (ITC), targets export growth in Ethiopia, Kenya, Rwanda, Uganda and the United Republic of Tanzania in a variety of sectors: pulses; edible and essential oils; spices; business process outsourcing and information technology-enabled services; coffee; cotton, textiles and apparel; and leather. With the exception of Kenya, the rest of the countries receive special access to the Indian market under the preferential tariff treatment New Delhi accords to all United Nations-defined least developed countries.

"In Tanzania, we have lots of raw materials but we don’t have many factories for processing the raw materials,” said Elibariki Mmari, chairperson of the Mwanza Region of the Tanzania Chamber of Commerce, Industry and Agriculture, and board member of the Leather Association of Tanzania at the conference.

A 2013 report by World Trade Organization (WTO) and Confederation of Indian Industry (CII) says that over the last decade, Africa-India trade has followed the upward trend in South-South trade and investments. Bilateral trade has grown at a robust 31.8 per cent annually between 2005 and 2011, even through the economic crisis. Natural resources trade is one of the major contributors to the trade. Among the regions of the continent, East Africa is the largest regional market for Indian goods with a share of 34 per cent in 2011—although its exports to India are only two per cent by value of Africa's exports.

The region’s major export categories are edible nuts, particularly shelled cashew, vegetables, iron and steel, coffee and inorganic chemicals. There exists potential for value addition and intra-industry trade in sectors such as leather, apparel, beverages, diamonds, metals and ores between East Africa and India. As a measure to boost trade now, a number of companies in India are also looking at investing resources and time in skill development of youth in East African people.