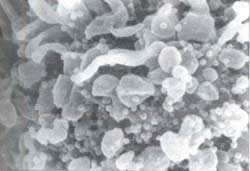 ALTHOUGH the human immunodeficiency virus (HIV) was convicted of AIDS more than a decade ago, a small bunch of scientists continues to challenge the verdict. But even as the heretics grab headlines by their controversial statements, a recent 3-month-long investigation by the US journal Science (Vol 266, No 5191) has found little substance in their claims.

The controversy erupted in 1987 when Berkeley virologist Peter Duesberg published a paper arguing that HIV is not the cause of AIDS. He even claims that AZT, the first drug approved for treating the syndrome, can cause AIDS. Although mainstream AIDS researchers dismiss Duesberg's ideas as untenable, they have attracted a motley set of sympathisers, notably molecular biologist Kary B Mullis, who is a Nobel laureate, and a maverick physician called Robert Willner who demonstrates his faith in Duesberg's belief by jabbing his finger with a bloody needle that had just been stuck into an HIV-infected person.

Duesberg builds his case around 3 points -- HIV infection among haemophiliacs, the Koch test and AIDS in Thailand. But scientists who believe that HIV causes AIDS present arguments that they claim expose the flaws in Duesberg's beliefs and even demolish them.

Despite the dispute, Duesberg and his critics agree that haemophiliacs provide a good test for the hypothesis that HIV causes AIDS. This is because there is solid data on HIV-negative with HIV-positive haemophiliacs.

Duesberg cites 16 studies showing that HIV-negative haemophiliacs have abnormal ratios of 2 kinds of crucial immune-system cells: CD4 and CD8. The normal ratio of CD4 to CD8 cells is 2, but Duesberg's HIV-positive haemophiliacs have ratios closer to 1. He argues that since even haemophiliacs sans HIV suffer from immune deficiencies, some factor other than HIV is responsible for AIDS among them.
While AIDS researchers argue that HIV causes AIDS in haemophiliacs, Duesberg suspects a clotting factor called factor VIII in the donated blood used to treat haemophilia. As factor VIII is often contaminated with foreign proteins from blood donors, Duesberg suggests that these contaminants could be one of the causes of the immunodeficiency seen in AIDS.

But Duesberg's detractors dismiss as ambiguous the virologist's analysis, contending that a change in CD4/CD8 ratio doesn't in itself say anything about the number of CD4 cells. They say the change in the ratio could be due to an increase in the number of CD8 cells alone.

The second pillar of Duesberg's conviction is that the HIV/AIDS hasn't yet passed the Koch test, which proves that a disease is caused by a specific microbe. Robert Koch, a German bacteriologist who devised the test, maintained that for causation to be established, it must be possible to isolate the microbe from an organism that has come down with disease, then infect a healthy host with the microbe, where it causes the same disease, and isolate the microbe again.

However, some AIDS researchers believe that recent studies indicate that HIV has cleared the Koch test. As evidence, they cite a tragic incident in which 3 lab workers handling a strain of HIV in the US-based National Cancer Institute came down with Pneumocystis pneumonia, an AIDS-defining disease, 68 months after showing evidence of HIV infection. All the 3 workers had not received AZT (which Duesberg contends can cause AIDS), or any other anti-HIV drug, until 2 to 7 years after infection.

Duesberg, however, doesn't accept the lab-worker data. He instead asks why, if HIV causes AIDS, more HIV-positive people don't develop this AIDS-defining pneumonia within 5 years -- the average time between HIV infection and an AIDS-defining illness is 10 years.

The AIDS epidemic in Thailand is another argument that Duesberg puts forward to bolster his thesis. Two years ago, he used epidemiological data from Thailand to argue that "an AIDS crisis that was reported to loom in Thailand as of 1990 and that was predicted to explode now has generated only 123 AIDS patients from 1984 until June 1991."

The linchpin of the argument that HIV causes AIDS in Thailand is that the dramatic rise in HIV infections is being closely followed by a rise in AIDS cases. Researchers familiar with the Thai epidemic disagree with Duesberg arguing that the new data presents strong evidence that HIV is indeed causing AIDS. Duesberg, however, ascribes the rise in AIDS cases in Thailand to be "a consequence of new Thai sex and drug practices, not of a long-established latent virus."

Having rejected the HIV/AIDS hypothesis, Duesberg goes on to suggest that drugs such as heroin, cocaine and even AZT could be a major cause of AIDS, at least for homosexuals and users of injectable drugs, the groups hit hardest by AIDS in the US and Europe.

Duesberg builds what he calls his "drug-AIDS" hypothesis on the basis of studies that he says show that "a critical lifetime dosage of drugs appears necessary in HIV-positives and sufficient in HIV-negatives to induce AIDS-indicator and other diseases."

For example, Duesberg cites a Dutch study of drug users, both HIV-negative and HIV-positive, in which both the groups exhibited a decrease in the activity of T-cells, a class of immune cells of which CD4 are a part, as the frequency of injections increased.

Duesberg's critics, however, accuse him of not mentioning that the HIV-negative group among drug users maintained a normal count of CD4 cells, while the HIV-positive group had half that count following injections. They say that the study, therefore, suggests an association between HIV and AIDS.

Science's investigation concludes that though the Berkeley virologist raises provocative questions, few researchers find his basic contention that HIV is not the cause of AIDS persuasive. Mainstream researchers argue that Duesberg's arguments are constructed by selective reading of papers, ignoring those that point to a connection between the two.