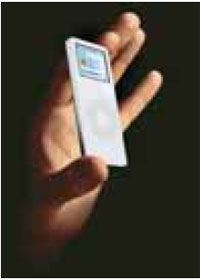 French lawmakers have recently approved a copyright legislation with a novel approach to the idea of digital freedom of choice: requiring online music vendors to make songs available for use on any digital player. While the measure will affect companies, such as Microsoft and Sony, it’s clearly aimed at Apple Computers Inc, which has used incompatible formats to restrict its competitors access to its online music store, iTunes. The software biggie will now have to make iTunes amenable to computers other than those manufactured by Apple. Representatives of the company declined to comment. But some analysts speculate that Apple might quit the French online music market rather than share the proprietary technology that is an elemental part of its business model.