87 of these face extinction threat 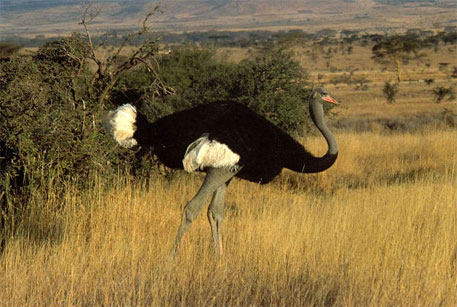 In a big blow to avian conservation, as many as 87 newly-recognised bird species have been identified to be under extinction threat. These are among the 361 new bird species added by the International Union for Conservation of Nature (IUCN) to its Red List.

“Put another way, one tenth of the world’s bird species have been flying below the conservation radar,” says Stuart Butchart of BirdLife International, which assesses birds for the IUCN Red List.

Scientists made the addition after reviewing non-passerine, or non-perching, birds such as birds of prey, seabirds, water birds and owls. The total number of non-passerine birds is now 4,472, increasing their diversity by 10 per cent.

The scientists have recognised Somali ostrich (Struthio molybdophanes) as a distinct species and have listed it as vulnerable to extinction. This second ostrich species is found in East Africa and faces the threat due to hunting and egg-collecting.

Species such as Belem Carassow from Brazil and Desertas Petrel from Madeira have been listed as globally threatened.

However, for the blue-bearded helmetcrest, a hummingbird from Colombia, it may be too late for conservation, as it has not been seen for nearly 70 years.

“Thanks to the ongoing assessment work of Birdlife, early recognition of those threatened species such as the Somali ostrich should result in timely targeted action to safeguard the species and protect important sites,” says Jane Smart, global director of the IUCN biodiversity conservation group.