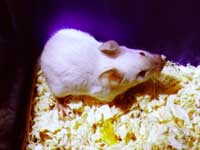 Research carried out by scientists of Japan's National Institute of Infectious Diseases has revealed that cloned mice die earlier than mice conceived naturally. The research indicates that cloning causes subtle abnormalities that may take time to show up. Although the study is not definitive, it is indicative of the possible dangerous fallout that cloning can cause.

The researchers compared 12 cloned mice with seven derived from natural mating and another six produced by injecting dna from an immature sperm cell into an egg. It was found that the cloned ones had higher blood levels of ammonia and a liver enzyme in their blood, proving that their livers were not functioning properly.