Japanese encephalitis on the rise in Assam, spreads to almost all districts

160 persons have died of the disease since May; state government yet to respond to notice of state human rights commission on failing to tackle the disease 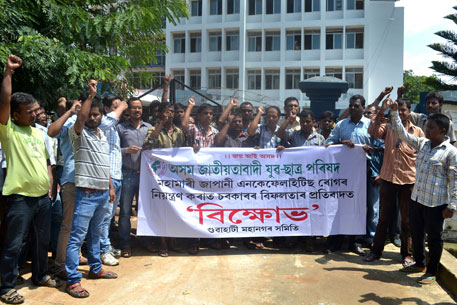 The number of cases of Japanese encephalitis (JE) is on the rise in Assam with as many as 26 of the 27 districts in the state being affected by it. The vector-borne disease has claimed the lives of 160 persons, including 23 children below age 15, and has infected over 744 persons since May this year.

JE is characterised by inflammation of the brain and high fever and is a type of Acute Encephalitis Syndrome (AES). According to figures given by the state government, 2,071 cases of AES and 347 deaths caused by AES have been reported between May and September 17 this year. Out of these, 744 cases and 160 deaths were caused by JE. While Japanese encephalitis is transmitted by Culex mosquitoes, AES is a disease of uncertain etiology and includes Japanese encephalitis.

Assam government officials have admitted the seriousness of the problem. “We have proposed vaccination for JE all over the state and have requested for funds,” said Manish Thakur, mission director, National Rural Health Mission, Assam.

The state government has increased the number of laboratories this year for detecting the cases in all the 27 districts in the state. On being asked about the department’s plan to control AES, officials said that there are already provisions for detection of AES. They added that the public health engineering department (PHED) and the social welfare departments have been instructed to tackle the problem.

“We have asked both these departments to engage their workers to spread awareness among people and to ask the people to visit the diagnostic centres for tests,” said Rabindra Nath Talukdar, assistant director of the National Vector Borne Disease Control Programme (NVBDCP), Assam.

“Earlier, we had only 13 such centres for 27 districts in the state. Now, we have one for each district. This will definitely play a crucial role in faster diagnosis of the diseases,” said Biren Kumar Baruah, state programme officer of NVBDCP.

“Earlier, lot of cases used to go unnoticed due to people’s ignorance. But with increasing awareness over the years, this has changed. This could be one of the reasons behind the detection of such a large number of cases,” added Baruah.

From upper Assam to lower Assam

According to health officials at NVBDCP, not only has the number of cases increased over the years, newer areas are also being affected gradually.

“Initially, cases were mostly reported in the upper Assam districts of Lakhimpur, Dhemaji, Golaghat, Sivasagar, Dibrugarh, Tinsukia and Jorhat. Now, the disease has also been detected in lower Assam districts. This year, cases have been reported from 26 out of the 27 districts in the state,” said Talukdar. According to Assam health department, not only has there been a gradual increase in the number of cases, over the years newer areas have also been affected. Also, the period in which these cases are usually reported has increased from May to July end to May to September or October.

On being asked the reasons for the spread, health officials said that changes in rainfall pattern, agriculture patterns and gradual warming are possible reasons.

“A moderate temperature, ideal for breeding of Culex mosquito, was earlier seen between May and end of July. Now the temperature remains warmer after that as well, which is ideal for the breeding of the mosquito till around September,” said Talukdar. Explaining agricultural patterns as one of the causes, Talukdar said, “The culex mosquito breeds on water in agricultural land. Now, with multiple cropping, there is water in the field for several months of the year, and this gives more time and space to the mosquito to breed.”

Assam health minister Nazrul Islam described the situation as very serious and said that a proper evaluation and study of the disease is needed.

“Cases of Japanese encephalitis have increased manifold and that is a big worry. I have asked the senior officials of the health department to monitor the situation carefully and to report to me on a regular basis,” he added.

Government’s plans exist only on papers 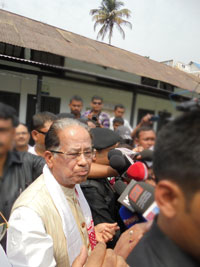 Meanwhile, amid pressure from various civil society groups regarding the failure of the government to control the disease, Assam chief minister Tarun Gogoi has directed officials of the health department and deputy commissioners of all the districts to monitor the situation closely.

In a directive issued in July, Gogoi had asked the officials to make a comprehensive action plan to control JE and AES. This includes setting up of an ICU in each district hospital for treatment of emergency cases along with and laboratory testing units. The plan, however, has not been executed yet. “Work is going on and the ICUs will be ready soon,” said health minister Islam.

The chief minister has also directed the health officials to procure laboratory testing kits for JE and AES to ensure quick diagnosis and to carry out intensive fogging in the affected and nearby areas and involve panchayats in awareness drives. Health officials have also been ordered to ensure adequate supply of vaccine and medicine to big hospitals, district hospitals and other health centres.

“Proper mapping of areas where water-borne diseases are acute must be carried out by the PHED and necessary measures be taken up to provide clean drinking water to arrest the incidence of AES cases,” said the chief minister.

Civil society groups and activists have blamed the Assam government for the soaring cases and deaths. “The records of the Assam government indicate that the disease is showing an increasing trend over the years, and this year it seems to have gone completely out of control. The government should have taken steps over these years to ensure that the cases of the disease are minimal,” said Tapan Gogoi, general secretary of the influential All Assam Students Union (AASU).

Meanwhile, based on the complaint of a resident of Guwahati, Joy Nath Sarmah, the Assam Human Rights Commission (AHRC) had taken suo-motu cognisance against the Assam government on August 1 for not taking necessary steps to prevent the outbreak of the disease.

According to the complaint, despite an amount of Rs 365 crore being sanctioned for the year 2013-14 for anti-JE vaccination drive, people are dying in absence of proper health care facilities and treatment.

The Assam government is yet to respond to the notice from the commission.

Question raised in Rajya Sabha on deaths from encephalitis in the country, 15/07/2014

Question raised in Rajya Sabha deaths from encephalitis in Bihar, 08/07/2014