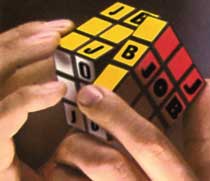 • Employment prospects appear bettered in the rural areas than in the cities of India, according to the 60th round of surveys by the National Sample Survey Organisation (NSSO), New Delhi

• The share in the population of the usually unemployed was negligible. It's in the negative for rural areas (-0.7 per cent) and 1.7 per cent in urban areas

• The key source of rural employment is labour. About 44 per cent of the rural population is in the labour force (including the unemployed), while only 37 per cent of those living in the cities comprise the labour force. This means villagers are more likely to be employed than city dwellers

• In urban India, the 'tertiary' sector (including trade, transport, banking, insurance, real estate; public administration and other services sector) engaged about 59 per cent of the male work force. While the 'secondary' sector (that includes manufacturing, construction, and power sectors) accounted for about 35 per cent of the usually employed men. For women, the corresponding percentages were lower; 53 per cent and 31 per cent, respectively. The proportion of urban women engaged in agriculture fell by about 15 per cent since 1983, with a significant increase in other sectors

• The gender divide shows sharply in the income of casual labourers in rural India. On an average, men earned Rs 56.53 in a day; women earned Rs 36.15 per day for the same work. The difference is more than Rs 20

• The survey showed no illiterate woman is unemployed in India. Educated women (graduation and above) comprise 68 per cent of all unemployed women