Just for that tangy taste

One might want to give up soft drinks to keep ageing at bay.

A new research published in the Federation of American Societies for Experimental Biology on April 26 shows that high levels of phosphate in sodas and processed foods accelerate signs of ageing which include chronic kidney diseases, cardiovascular calcification and even muscle disorders. 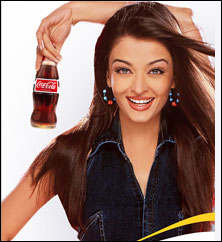 Phosphates are added to soft drinks to give them a tangy taste. Processed foods like cakes, frozen pizzas, biscuits and cookies also contain phosphates as additives. The ideal calcium-to-phosphorus ratio in the body is 2:1.

“Keeping the balance is important for a healthy life,” said M Shawkat Razzaque, who with Mutsuko Ohnishi at the Harvard School of Dental Medicine in usa examined effects of high phosphate levels in three groups of mice focusing on two genes: the Klotho gene disallows phosphate buildup and the NaPi2a gene whose increased activity in the absence of Klotho leads to phosphate toxicty and abnormal bone mineralization.

From the first group of mice, the Klotho gene was removed; the group lived up to 15 weeks. The second group had the Klotho and NaPi2a gene missing; the mice lived up to 20 weeks. The third group had both genes removed and were fed a high-phosphate diet. All mice here died within 15 weeks.

The US National Academy of Sciences set the tolerable upper limit of phosphate to 700 mg per day for adults. Nutritionist Taru Agarwal who works with Shikha Sharma’s Nutri-health Systems in New Delhi, said: “Soda must be avoided completely. If in the diet, it must not exceed 30-50 ml per day.”