Khadi Industries gets flak for wanting to promote ivory production 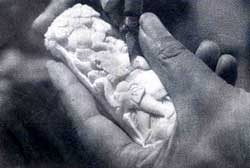 Khadi and Village Industries Commission (KVIC), a statutory body of the Government which promotes small and cottage industries, has drawn flak from the Wildlife Crime Control Bureau (WCCB) over its recent proposal to include ivory production and trade in one of its schemes. KVIC is still in consultations with Ministry of Micro, Small and Medium Enterprises (MSME) on whether to put ivory and bones under the negative list though the Wildlife Protection Society of India's (WPSI) data shows between 2008 and 2011, 781 kg of ivory was seized by the government.

In a letter dated July 26, to the director of ministry of MSME, additional director of the government's Wildlife Crime Control Bureau, S B Negi stated that trading in parts of schedule 1 animal under the Wildlife Protection Act, 1972 is banned and punishable under various sections of the Indian Penal Code. “The manufacture and trading of ivory or any other article made up of ivory and also its import into India is illegal and punishable,” he said.

However, a scheme promoted by KVIC since 2008, the Prime Minister's Employment Generation Programme (PMEGP), has included trading of  ivory, horns and other bone products under its project activity. According to PMEGP, government provides up to 35 per cent subsidy to the willing entrepreneur to participate in such project activities. This was happening over the same time that WPSI recorded loss of over 121 elephants because of poaching between 2008 and 2011.

During this same period, WPSI has records of 781 kg of ivory, 69 tusks, 31 cut pieces of ivory, 99 pieces of ivory carvings and 75 ivory bangles that have been seized from across the country. “From 2008 to 2011, a further 50 wild elephants died in road and train accidents and a shocking 111 elephants died from electrocution. But poaching remains the major cause of death of wild elephants,” states a WPSI report. According to WCCB,  there is no mechanism under PMEGP to determine how ivory or any of the bone products were procured.

Naresh Kadyan, Haryana-based representative of the International Organization for Animal Protection in India and chairperson of People for Animals Haryana, says he wrote several letters to ministry of MSME on the matter. In one of the replies, a director of Polymer and Chemical Based Industries of KVIC stated in a letter on September 13, 2012 that since ivory and bones are procured without causing any harm to the animals, usually known as the ahinsak method and has an employment potential, therefore, it was included under Prime Minister's Employment Generation Programme.

“Dealing with ivory products is a complete violation of Wildlife Protection Act. Thus, we approached Wildlife Crime Control Bureau to take up this matter. Simultaneously, we have also written to the Union Ministry of Environment and Forests, to put the trade of ivory, horns and bones under the negative list,” Kadyan said.