Know as it pains 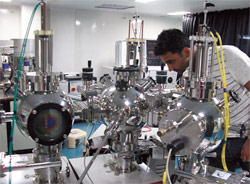 INSPIRATION for innovation can come from painful experiences. As in the case of infarcSens or iSens, a portable device that in less than 10 minutes can tell if a person has suffered a heart attack. Soumyo Mukherji one of the innovators from IIT-Bombay says he started working on iSens after his mother suffered an attack 10 years ago. It took hours to confirm if she had suffered a heart attack which delayed treatment. This set Mukherji thinking. He then along with his colleagues worked on the idea of a device that would instantly confirm a heart attack.

iSens measures the levels of key proteins in the blood, which rush into action when one suffers from abnormal cardiac activity. When blood supply to the heart muscles falls short, cells constituting the muscles start dying. The heart then releases a number of proteins such as fatty acid binding protein, myoglobin, troponin, and enzymes like creatine kinase and lactate dehydrogenase in large quantities into the blood. These proteins and enzymes are collectively called biomarkers. High concentration of biomarkers thus help confirm abnormality in functioning of the heart.

Conventional procedures like ECG, echocardiography and coronary angiography are time consuming and the delay often results in irreparable damage to the heart muscles or a complete heart failure.

With the help of a few entrepreneurs, the team plans to launch the device in two years. “iSens will add value to heartcare especially in rural areas. Once the cardiac diagnosis is made, even a general practitioner can start the treatment,” said Pankaj Kumar Srivastava, cardiac surgeon at St Gregorios Cardiovascular Centre, Kerala How iSens works iSens is essentially a microelectromechanical system.

The core of the device has an array of microcantilevers— beam-like structure that are supported at one end. The cantilevers are made up of a composite of carbon black and a polymer, SU-8. These exhibit deflections for changed levels of biomarkers.

For the identification of a biomarker, there are two cantilevers at work: one has immobilised antibodies of the biomarker, and the other cantilever’s surface is left un-functionalised, for its use as a reference cantilever. In this particular case, functionalising a surface means preparing it to accept proteins. When drops of blood from a patient are trickled over iSens, large RBCs are filtered out and plasma is allowed to enter into an inner chamber containing microcantilevers.

The corresponding biomarkers if present in plasma bind to the antibodies immobilised on the surface of the functionalised cantilevers, increasing the weight of the cantilever, and thus causing it to bend. Bending causes a change in the inherent resistance of the composite which is compared against the threshold limit for the biomarker. The device then gives positive or negative response by comparing the levels of biomarker.

Affordable and portable One test with iSens would cost a few hundred rupees. The device itself would be cheap. “If anyone from a village wants to undergo cardiac diagnosis, he has to travel to a city that has the required facility.

This imposes huge financial burden,” said V Ramgopal Rao, professor with Department of Electrical Engineering IIT-Bombay and another researcher who designed the device. The idea was to come up with a device that was priced low and easy to use in clinics in rural areas, he added.

By 2020 heart disease and stroke will become the leading cause of death and disability worldwide, a report by WHO noted. The number of cases of cardiovascular diseases in the country is projected to rise to 64.1 million by 2015 from 38 million in 2005, stated a report by the National Commission on Macro economics and Health formed by the Ministry of Health and Family Welfare.