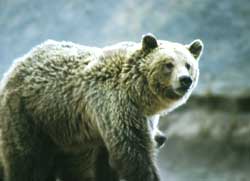 considering that there are 364 endangered species in the country, Canadian conservationists recently urged prime minister Jean Chretien to ensure that a strengthened version of the Species at Risk Act is passed soon.

Currently, Canada has no federal law to protect these species, although the government has been promising a legislation on endangered species since 1994. Bills to protect such species introduced in 1996 and 2002 never reached the prime minister and were never turned into law.

Today, the number of these animals are dwindling very fast due to their habitat destruction. Some of Canada's best loved species -- the beluga whale, woodland caribou, burrowing owl and grizzly bear -- are at risk. These could vanish if strong steps are not taken to protect them and their habitats, conservation groups say. The Species at Risk Act empowers Canadians to take voluntary action to protect animal habitat.