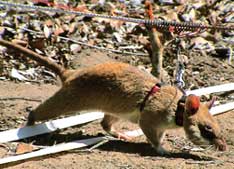 In the first, researchers from Peru and the US found the population of Anopheles darlingi the major malaria vector in the Amazon basin was 200 times higher and frequency of biting 278 times higher in deforested locations than in forested areas. The study appeared in the American Journal of Tropical Medicine and Hygiene (Vol 74, No 1, January, 2006).

Another research indicated that forest clearing around settlements increased the short-term risk of malaria by creating areas where water could stagnate. It was published in the Proceedings of the National Academy of Sciences (Vol 103, No 7, February 14, 2006).