I am a tea planter-cum-scientist from southern India with over 50 years of work experience. Some issues in the article “Brewing distrust” (May 1-15, 2011) attracted my attention. It is true Darjeeling offers tea varieties that are known worldwide for their distinct flavours. The famed Makaibari gardens sell what the estate calls the world’s most expensive tea, Silver Tips Imperial; a kilogramme costs US $400 (Rs 18,000). But the author does not talk about the tea varieties that even the Queen of England cannot afford to buy. These are specialty teas sold at US $6,666 (Rs 3 lakh) to US $8,888 (Rs 4 lakh) per kg. They are home delivered to the Sultan of Brunei.

The demand by the Gorkha Janmukti Morcha’s plantation labour union for higher wages, from Rs 67 to Rs 120, also needs to be explained. Does this include perks? In southern India, the wage for tea workers is Rs 121.84 and for rubber it is Rs 125.34. The wage depends on the returns offered by the crop in question. Tea garden owners offer perks to workers based on the profitability of the crop.

The article does not mention the yield per hectare of tea, and the productivity of a person per day in Darjeeling. In southern India, yield of tea is 2,500 kg per hectare and each worker on an average plucks 3.5 kg to 4 kg per day.

The main thrust of the article is the lack of transparency regarding the high price Darjeeling tea fetches in the international market. The demanded wage of `120 mentioned in the article is exclusive of benefits like housing and medical, which in practice are of poor quality or non-existent. The productivity of tea in Darjeeling is quite low, about 550 kg/hectare, considering that the average age of tea bushes is over 80 years. The planters are averse to replanting as they do not want to forego the revenue flow. At the high altitude of Darjeeling, replanted tea bushes require five to seven years to reach a productive age. The article does mention that the average plucking is not more than 6 kg per worker per day in Darjeeling. The conversion ratio is 1:4, meaning 4 kg of plucked leaves produce 1 kg of tea. 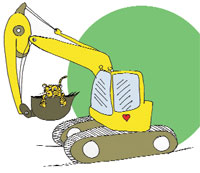 This refers to “Rethink growth with forest capital” (May 16-31, 2011). Every two years the Forest Survey of India evaluates states on the basis of change in their forest cover in its State of Forests Report (SFR).

The authorities should give compensation and special funds to states that fare well in SFR to boost them. As poverty and forest maps of the country overlap, forest-rich states should be given funds for soil conservation and processing non-timber forest produce.

Secondly, there are certain states that have created forest cover on non-forest land and are meeting more than 70 per cent of the country’s wood demand. These states, which are also helping sequester carbon, should be compensated on the basis of their performance in SFR.

I do not understand why forests must be used and why it should be a burden to live in forested areas. Tigers and other animals need wilderness, undisturbed by human use and exploitation. It is development that is killing tigers and humans alike, by depleting resources. Who needs development? Are the poor and backward asking for a nuclear power plant?

No To Phosphate Fertiliser

This refers to “A revolution gone awry” (May 16-31, 2011). Phosphate is mined to extract uranium as both of them have tremendous chemical affinities for each other. Phosphate is nothing more than uranium tailings (85 per cent of the uranium remains in the tailings) thrown into fertiliser bags and sold to the public which then poisons their crops, water supplies and genetic future. These effects are amplified by the interaction of radioactive materials like uranium with chemicals present in the fertiliser such as cadmium. A global effort centered in Germany is trying to stop use of phosphate fertilisers.

The write-up “Taking on industry’s risks” (April 16-30, 2011) seems to be prepared in haste. There seem to be two issues in the article: the Department of Biotechnology (DBT) is making funds available to the biotech industry, helping forge relationship between the academia and industry; and DBT is funding agro-biotech industry in particular. The article lacks depth and fails to provide adequate information. For instance, it would have been useful for an objective report to provide information on the total budget of DBT and what percentage of it is being provided for private industry and public institutions.

It does not deserve much debate that academic institutions alone are not capable of translating research leads into products like drugs. The skills and expertise needed to translate novel research leads are located in industry. Best results are produced only when these two come together. There is no need to close public research institutions. In fact, industrial partners should be brought close to academic institutions. Any government agency that is trying to do so is on the right track.

Down To Earth Replies:

The article sharply focuses on DBT’s new initiative, Biotech Industry Research Assistance Programme, and is not intended to be a comprehensive feature on the department. When we do so we shall certainly keep your suggestions in mind. As to your charge that the write-up was written in haste, we would like to tell you that it took us a couple of months to interview DBT secretary Dr M K Bhan, advisor Renu Swarup and the many companies that are being funded under the scheme. We are glad to see that you endorse Dr Bhan’s belief that public research institutions alone are not capable of bringing new products to the market, which is also the theme of the article. 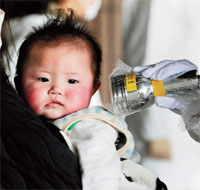 A Reminder From Japan

This refers to “If disaster strikes” (April 1-15, 2011). Devastation caused by the earthquake-triggered tsunami in Japan reminds us not only of the threats of nuclear plants but also of the way the country dealt with the atomic bombings on the cities of Hiroshima and Nagasaki in 1945. The countrymen then rose to become an advanced nation. In 2011, the country again showed its resilience.

The Bhopal gas tragedy reaffirms that India is incapable of protecting its citizens. India is earthquake-prone and its readiness to cope with disasters is doubtful. There is an urgent need to switch to alternative sources of energy to prevent catastrophes. 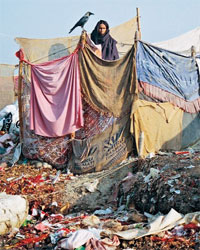 Where’s all the cash gone?

Policies in the country are not only poorly implemented, many of them cater to the better off in society (‘Poverty begets poverty’, May 16-31, 2011). In cities, hawkers and vendors are pushed to the brink by our laws. Instead of improving public transport, the city is bent on spending money on flyovers, skywalks and sea-links. Last year, the authorities spent thousands of crores of rupees in organising the Commonwealth Games, but starved government schools of funds. Recently, the Maharashtra government cut funding for its Mahatma Phule Education Guarantee Scheme that provides education to deprived students.

In spite of various welfare measures by the government and non-governmental agencies, poverty could not be eradicated, or even minimised to the extent our leaders promised. Policies look good on paper; on implementation they fail. Most of them are not need-based and do not allow the beneficiary to participate in the process of formulation and implementation of schemes. These schemes can bring a change only when the authorities and people’s representatives are oriented for the cause and consequences of poverty. 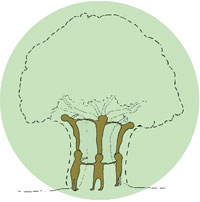 This refers to “Soon: India’s first REDD project” (May 16-31, 2011). The country’s first pilot project to be recognised under the UN’s mechanism for reducing emissions from deforestation and degradation (REDD) gives recognition to community efforts. Another instance of self-initiated community effort is in Tripura. The Jamatiya tribal community has been working for years to control shoot extraction of muli (Melocana baccifera), used to make incense sticks.

I am a retired scientist from the National Institute of Nutrition in Hyderabad. A table in “Push to prevent cancer, strokes” (April 1-15, 2011) says comunicable, maternal and perinatal and nutritional deficiencies are responsible for 35 per cent of deaths in Southeast Asia.

I doubt if this figure factors in the phenomenon of foetal origins of adult diseases. Intra-uterine malnutrition predisposes individuals to adult-onset of non-communicable diseases (NCD) due to altered body composition (higher fat) and foetal programming.

Sedentary lifestyle is riskier for individuals who have suffered intra-uterine malnutrition and are born with low birth weight. This factor is of particular concern to India where many individuals move from rags to riches.

If India has to tackle the double whammy of communicable and non-communicable diseases, it has to launch a frontal attack on malnutrition, maternal malnutrition in particular, responsible for almost 30 per cent low birth weight babies.