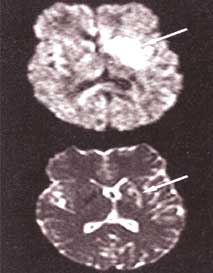 some time back heart attacks were considered a problem of only advanced countries. Not any more. Countries like India are fast catching up with the developed countries. For example, in the United States the most frequent cause of death in men over 35 and women over 65 is cardiovascular disease. In India, cardiovascular disease is currently the third largest killer and according to some estimates, is expected to shoot up 20 times by the year 2000. Which means we will hold yet another dubious record; every second person dying of heart disease the world over will be an Indian.

Of the estimated 50 million heart patients in India, about three million die every year due to heart attacks, while three to four per cent of the 30-plus population suffer from coronary heart disorders. According to Venkata S Ram of the North-Western Medical Centre, University of Texas, a renowned expert on hypertension, about 11 per cent of the Indian population suffer from hypertension in general, the risk increasing four-fold in urban Indians.

Against such a grim scenario, the claim ( Science , Vol 272, No 3262) that cardiovascular diseases may well be gone with this century is welcome news indeed. The optimism centres around four decades of solid progress in our understanding of cholesterol and the lipoproteins that carry it in the blood plasma. Giving an overview of this area Michael S Brown and Joseph L Goldstein, professors of molecular genetics from the University of Texas Southwestern Medical Centre, Dallas, claim that heart diseases may lose their notoriety early in the next century. "Exploitation of recent breakthroughs -- proof of the cholesterol hypothesis, discovery of effective drugs and better definition of genetic susceptibility factors -- may well end coronary disease as a major public health problem in the next century."

Take for example, atherosclerosis, which begins when plasma lipoproteins of intermediate and low density ( ldl ) are deposited in artery walls. While ldl carries cholesterol to the cells, high density lipoproteins carry it away to the liver to be excreted.

The trials done in Scandinavia, North America and Scotland have used drugs called statins, which inhibit 3-hydroxy 3-methylglutaryl coenzyme- a reductase, a key enzyme of cholesterol synthesis. Statins slow down cholesterol production and enhance receptor-mediated removal of ldl from plasma. These three studies between them enrolled over 15,000 patients studied over a period of five years. While the Scandinavian (1994) and North American (1996) trials enlisted people with coronary heart disease, the Scotland study (1995) enrolled asymptomatic individuals with high cholesterol. All the trials yielded similar results. Plasma ldl fell by 26 to 35 per cent and the heart attacks declined by 25 to 31 per cent. In the Scandinavian Simvastatin Survival Study Group trial, the heart attack deaths were down by a hefty 42 per cent and deaths from all causes also fell by 30 per cent. In these three trials, statins were taken by 7,500 people for five years without significant increase in deaths from non-cardiac diseases.

Stroke is another condition that has received considerable attention from researchers in recent months. Interestingly, unlike heart attacks, stroke, brain's equivalent of heart attack, is not considered a medical emergency, simply because there was no effective treatment for stroke, as all that doctors could offer a stroke victim was rehabilitation to help him gain some lost functions. As University of California, San Diego neurologist Patrick Lyden says, "We were all trained to think, well the damage is done, so put the patient somewhere in the corner and we will get them admitted and do some physical therapy when we get around to it."

This may no more be the attitude as physicians may have to rush to the emergency room to attend to patients suspected to have suffered a stroke. The National Institute of Neurological Disorders and Stroke, Bethesda, has just announced the results of a large clinical trial which show that the clot busting drug called tissue plasminogen activator ( tpa ), if given within three hours of stroke's onset, can boost the percentage of a patient's ability to walk off with no permanent disability by 50 per cent. And tpa is first of the several drugs on the anvil that aim to rescue the stroke victims from permanent disability.