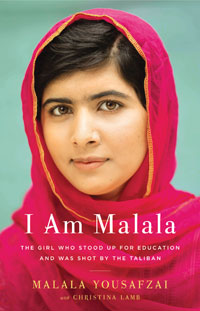 A provincial government in Pakistan’s tribal areas has cancelled a book launch by education activist Malala Yousafzai, who survived a Taliban assassination attempt in 2012. The event to launch her memoir, I Am Malala, at Peshawar University was called off after police refused to provide security, even though Malala was not due to attend in person.

Organisers say the provincial government of Khyber-Pakhtunkhwa had pressured them to cancel the event. “We were pressured by provincial ministers and the university vice-chancellor. When I refused to follow this illegal order (to cancel the event) police refused to provide security,” said Sarfaraz Khan, the Area Study Centre director of Peshawar University and one of the organisers.

Provincial information minister Shah Farman confirmed that the administration had halted the ceremony. But his party chief Imran Khan said he was baffled by the turn of events.