Just before mining bill is tabled in Parliament, industry calls profit-sharing a burden. Government is unsure 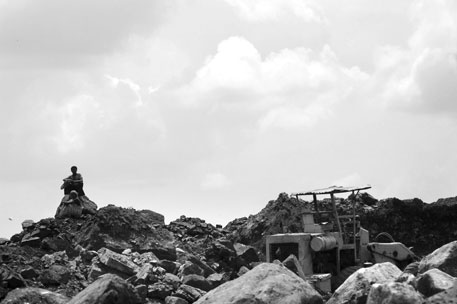 Charles Devenish is an unhappy man. The Cabinet’s nod to Mines and Minerals (Development and Regulation) (MMDR) Bill 2011 has made him so.

Devenish is chairperson of Australian Indian Resources, an Australian mining exploration company in India. He is worried that once the bill is enacted, his 20 years of hard work in India will be laid open in public domain. Devenish voiced his concern at the stakeholders’ interface on MMDR Bill 2011 organised by the Federation of Indian Mineral Industries (FIMI) on behalf of the Ministry of Mines on November 15 in Bengaluru.

The bill will be tabled during the winter session of Parliament. Once it is enacted, all high-potential mineral bearing areas that have been explored will be auctioned for prospecting licences and mining leases. States will also have the right to reserve certain mineral-bearing areas for themselves.

Devenish claims his firm has been exploring India for minerals for two decades. It found deposits of gold, nickel and copper in Andhra Pradesh and Karnataka. It found huge gold deposits in Andhra Pradesh 17 years ago. But his application for mining lease has been pending with the government ever since. Under the proposed legislation, very few applications will remain valid. For instance, in cases where a letter of intent has been issued by the state.

Devenish believes those who explore should have the primary right to mine. “How can the Indian government go the socialist way like Russia? Why not follow the path of successful mining nations like Australia and Canada?” he asks.

The bill’s profit-sharing provision, which has been fiercely debated, does not bother him. “The concept is a red herring,” he says. Coal companies are required to share 26 per cent of their profits with the affected communities. Companies dealing in other major minerals, like iron ore and limestone, will have to share an amount equal to royalty paid to the states. States will have the prerogative to decide the percentage and mechanism for the amount that companies dealing in minor minerals, like sand and mica, have to pay.

Industry fears the Act will discourage foreign investors from entering the mining market. “That the mining industry in India makes windfall gains is a misconception,” says FIMI president P K Mukherjee. “I cannot understand why the government is introducing profit-sharing to add to the industry’s financial burden. It will undoubtedly discourage investment,” he says.

But a recent analysis by the Centre for Science and Environment (CSE), a Delhi-based non-profit, points to the contrary. Mining districts are still poverty stricken, while the mining industry makes huge gains. So, profit-sharing and paying royalty will not significantly dent their income (see Down To Earth, ‘Mining for people’, August 15, 2011).

The government is still undecided on the profit-sharing mechanism. On the one hand, it calls profit-sharing a social licence to mine. “Certain costs must be paid for environmental good,” says Vijay Kumar, former secretary, Ministry of Mines. He has been recently transferred to the Ministry of Rural Development. “We need to pay for social cause. Profit-sharing is one such form of payment.” 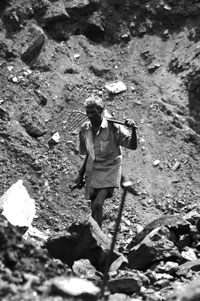 “We have been advised to base this sharing percentage on dead rent, not profit or royalty,” he adds. Dead rent is the minimum accruing royalty a company pays annually to the government. It is to overcome unforeseen circumstances that may come up when the company starts making losses or becomes non-functional.

Industry representatives have welcomed a mines ministry study group’s initiative to revise royalty rates for all minerals to make them “more rationalised”. But such steps may decrease the amount of money the affected districts would receive.

“Such changes will dilute the provision of profit-sharing,” says Chandra Bhushan, deputy director of CSE. “If adequate funds do not flow into the districts as a result of the changes, it may render the provision useless,” he says.

Another provision in the bill—consulting communities before grant of mineral concessions—needs a relook. “It is necessary to define this consultation and the mechanism involved,” says Bhushan. The definition of consultation in the bill has been taken from the Panchayats Extension to Scheduled Areas Act, says Kumar. “It, therefore, means only consulting local communities, not taking their consent,” he adds.

Industry representatives are also concerned about the identification of affected people who are to be paid compensation. “This will be left to the states,” clarifies Anil Subramaniam, under secretary, Ministry of Mines.

Civil society representatives have expressed surprise over organistion of the interface by FIMI. Ever since the bill has been proposed, the industry body has been vocal in slamming the profit-sharing provision.

Conducting the interface when Cabinet has already cleared the MMRD Bill also raises doubts. Of 110-odd delegates, only five represented the civil society, and a few were consultants. The rest were from the industry. “Legislation is a process that should consider the views of all stakeholders,” says Kumar.

Proposals made during the interface will be presented to the parliamentary standing committee, which will take a final call on the bill.

The MMDR Bill 2011, set to replace the MMDR Act 1957, is based on the National Mineral Policy of 2008. The policy was based on the report of a high-level committee chaired by Anwarul Hoda, then a member of the Planning Commission. Addressing the interface, Hoda said, “A good law does not automatically imply good implementation. This needs to be solved.” While he did not agree with recent complaints from the corporate world on paralysis in the government decision-making, he agreed the process is too slow.