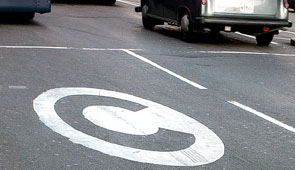 the congestion tax in London may soon get heavier. Under the existing system, those driving into central London pay 8 ( us $16.4) per day. With modifications to the tax system proposed in 2006 by Ken Livingstone, the city's mayor, vehicles burning more than 225g of co2 per kilometre will be charged 25 (us $51.3) (see box: Fiscal roadblock). Vehicles that burn less than 120g of co2 per kilometre won't need to pay any tax.

The mayor is currently awaiting the outcome of a public consultation on this emissions-related congestion charge that was launched by Transport for London, a local government body, in August 2007 and closed on October 19.If the consultation approves the modifications proposed by the mayor, the 100 per cent discount for low co2-emitting vehicles will be introduced on February 4, 2008 and the higher daily rate of 25 for high CO2 -emitting vehicles will be introduced on October 6, 2008.

Sian Berry, the Green Party candidate for London mayor, 2008, says making the cut-off point for a zero rate as high as 120g co2 per kilometre has its risks as it could lead to more congestion if people switch to the lower co2 band. "I want to see the cut off point reduced year-on-year so that people choose cleaner cars and we don't reach the point where too many cars are exempt from the congestion charge," she says.

Although there was much debate over the tax when it was introduced first in 2001, it seems to have restricted traffic flow. A report by Transport for London shows the number of cars in central London has fallen by 70,000 vehicles per day. In 2003, a bus company reported a 23 per cent increase in the number of passengers, and the average speed of bus travel rose by 15 per cent.


There is still a long way to go to curb co2 emissions. London produces 44.3 million tonnes of co2 emissions every year. The aim is to cut this by 20 per cent by 2017 and by 60 per cent before 2027 . The mayor's Climate Change Action Plan says ground-based transport is responsible for 22 per cent of London's carbon emissions, so getting more Londoners off the roads is a priority.

Statistics supplied by the London Energy and Carbon Dioxide Emissions Inventory (leci), an energy consumption database compiled by the Greater London Authority, show if an average Londoner takes a bus to work instead of the car, s/he will save 0.6 tonnes of carbon per year. Using a bike will save 1.1 tonnes of carbon.

But Londoners think the proposed modifications are "far too stringent".