The world has lost one-third of its natural wealth in 25 years, says a WWF report 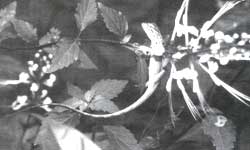 ONE-third of the natural resources of the world has been destroyed in the last 25 years, a recent report of the World Wide Fund for Nature (WWF) says. The findings, based on the Living Planet Index, reports a frightening 32 per cent drop in flora and fauna species in forests, freshwater and seas around the world. "The period after 1970 can be called the greatest period of destruction in 65 million years, when a meteor hit the Caribbean and wiped out the dinosaurs," said Jorgen Randers, deputy director of WWF-International.

The index, which the World Conservation Monitoring Centre in Cambridge and the New Economics Foundation helped WWF compile, is an aggregate figure of deterioration in world forests, marine and freshwater ecosystems. The index resembles a bear market lasting a whole generation. Virtually all the data available on declining species were compiled taking 1970 as the baseline and giving it a value of 100. The value had dropped to 68 per cent in 1995 and is plummeting further.

"We wanted to know how fast nature is disappearing from the globe, in spite of our efforts to the contrary," said Randers, adding: "The 32 per cent decline in a single generation is particularly chilling." Though there is an uncertainty range of 10 to 15 per cent in the figures, the WWF is of the opinion that this will diminish with the availability of data. The decline in forests is reported especially in the tropical areas. But the temperate forests in Europe and North America have stayed stable or even increased in some areas during the period.

The WWF hopes the Living Planet Index becomes the Dow Jones of the world environmental state. Although there are other detailed reports on natural resources, this is the first such report that attempts to measure the loss in global ecosystems over time.