M B Shah Commission report: Odisha's mine of scams exposed

Illegal iron ore mining in Joda circle of Sundargarh district is one of the biggest scams in India, says commission 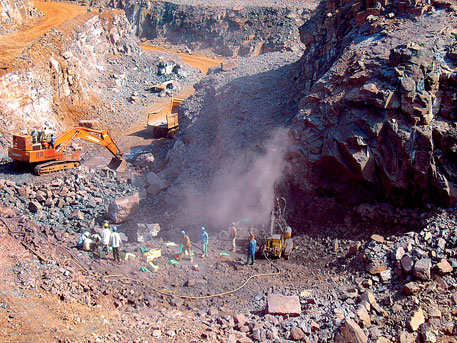 The report of Justice M B Shah Commission of Enquiry on illegal iron and manganese ore mining in Odisha, which the Centre had kept under wraps, is finally out. On Monday, the Union Ministry of Mines submitted the report to the Supreme Court of India which is hearing a public interest petition seeking extension of the commission's tenure so that it can probe illegal mining in other states. The two-volume report details the extent of rampant illegal mining across the state. It has estimated that the scam in mining iron ore and manganese in just two districts—Keonjhar and Sundargarh—is worth more than Rs 59,000 crore.

The ministry has been sitting on the report since October this year. On January 25, the Union government submitted before the apex court that no further extension could be granted to the commission and refused to make the Odisha report public, saying it has to be tabled in Parliament first.

Amicus curiae for the case, Harish Salve, however, argued before court that the findings of the commission are important. Subsequently, the ministry submitted the first two volumes of the commission's report on Odisha.

Some damning findings from the report