Making love in the time of radioactivity

The Chernobyl nuclear disaster has not only affected human beings, but has even drastically changed the lives of worms. Scientists have recently discovered that worms exposed to excess radiation have started copulating instead of reproducing asexually 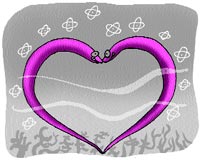 the Chernobyl nuclear disaster has not only affected human beings, but has even drastically changed the lives of worms. Scientists have recently discovered that worms exposed to excess radiation have started copulating instead of reproducing asexually.

This find is the first clear evidence of how wildlife is affected by radioactive pollution. Although there is a wealth of knowledge on the impact of ionising radiation on humans, its effects on wildlife have never been assessed.

In the past, Sweden-based International Commission on Radiological Protection (icrp), which recommends worldwide radiation safety limits, had set no rules for wildlife. It had assumed that the 'guidelines' for humans would be applicable to animals and plants as well. But recently, icrp has abandoned this line of thought, and many researchers are now focusing on how wildlife has been affected by the radioactivity that spewed from a reactor which exploded 17 years ago in Chernobyl.

Gennady Polikarpov and Victoria Tsytsugina from the Ukraine-based Institute of Biology of the Southern Seas studied the reproduction behaviour of three species of sedimentary worms that are vital to aquatic ecosystems. The worms were from two lakes -- one situated near Chernobyl and the other 20 kilometres away. Both the lakes have similar temperatures and chemical composition.

The worms from the lake near Chernobyl had received 20 times more radiation as compared to those from the lake situated afar. The researchers found some remarkable changes in the sexual habits of the worms. Two species had switched from asexual to sexual reproduction. While the proportion of Nais pardalis (one of the worm species) seeking partners was five per cent in the far-away lake, it was 22 per cent in the lake located nearby. The ratio of Nais pseudobtusa doing the same was 10 per cent and 23 per cent, respectively. However, the third species, Dero obtusa, showed a very high rate of asexual reproduction in the polluted lake.

According to Polikarpov, the worms have started sexually reproducing to protect themselves from radiation. Sexual reproduction allows natural selection of genes that offer better protection from radiation damage. A change in sexual behaviour may have increased the resistance of the worms as a whole, aver some of the scientists. Carmel Mothersill from the Ireland-based Dublin Institute of Technology, who is helping icrp develop its new policy to protect wildlife, agrees. "It may be one of the plausible mechanisms," she says.