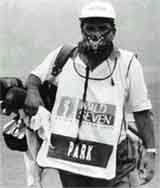 The government has declared a state of emergency in Sarawak situated on the Island of Borneo, due to the hazardous level of smog that has enveloped the nation. The smog throughout the country has reached dangerous levels due to hundreds of forest and scrub fires that are burning in neighbouring Indonesia.

The air pollution index in Malaysia specifies that pollution levels between 100 to 200 are 'unhealthy'; 201 to 300 are 'very unhealthy' and 301 to 500 are 'hazardous'. The index in Sarawak reached 601 and in Kuching, its capital, it reached an alarming 635. It has affected nearly 1.9 million people living in the Borneo island.

According to Mohamed Rahmet, information minister, who is also the chairman of National Disaster Committee, schools have been shut down. Offices, businesses, factories, and farms have also been directed to close operations. People living in Sarawak have been asked to stay indoors. And those venturing out have been advised to wear masks.

Earlier, the Malaysian government had announced strict measures to tackle the choking smog. It had approved a plan to limit the number of vehicles coming into cities where the pollution index reaches 'very unhealthy' levels.

The smog level in Kuala Lumpur reached 181 due to which fight operations were disrupted in the country. The air pollution caused by the smoke from Indonesian forest fires, hit an all time high in Singapore, few hours before declaring of emergency in Sarawak.

Gurmit Singh, executive director of the centre of environment, technology and development, had criticised the government's inadequate preparedness in dealing with the situation.