Mandate for a green globe 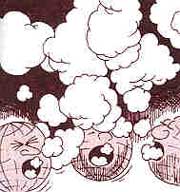 SINCE early 1995, there have been parleys about "new aims" for the Framework. Convention on Climate Change (FCCC). In this regard, the third session of the Ad Hoc Group on the Berlin Mandate (AGBM-3-) was held in Geneva from March 5-8. It discussed alternatives that challenge the Alliance of Small Island States' (AOSIS) target of a 20 per cent reduction from 1990 CO2 emissions level by AD 2000. The "Berlin Mandate" was adopted in March 1995, by the first Conference of the Parties (COP-1).

The COP to the AGBM shared a number of new, specific proposals on commitments for Annex-I Parties (industrialised nations), including a two-phase C02 emissions reduction target proposed by Germany. They also discussed how Annex-I Parties may distribute or share new commitments, and whether these should take the form of an amendment or protocol. Developing countries raised questions on whether policies and measures under discussion would create any barriers to trade.

The AGBM-3 Chair, represented by Razl Estrada Oyuela of Argentina, opened the session noting that delegates should be prepared to complete the analysis and evaluation required of the Berlin Mandate. In view of the fact that 154 nation states have submitted ratifications to the AGBM, he said that it is becoming increasingly clear that the international com munity is becoming more committed to the FCCC.

The Chair observed that from the beginning of the AGBM, there have been certain delegates who have been trying to slow down the AGBM'S progress. He assured that he would employ all power to avoid getting "our feet caught in a net of procedural matters or small questions".

Executive secretary of the AGBM, Michael Zammit-Cutajar, expressed his surprise at the observation from certain quarters which said that in cases of some countries, future per capita emissions should not exceed today's standard to permit stabilisation at double pre-industrial atmospheric concentration Of CO2.

Samoa, on behalf Of AOSIS, said that already a "dangerous interference" has occurred and that the implications for small island states are extremely serious. It impressed upon the participants that the AGBM must negotiate emissions reductions and their timetable for implementation, and make progress towards establishing a protocol.

The Chair notified that the schedule for future AGBM meetings has been adjusted likewise: AGBM-4 will meet during COP-2; AGBM-5 will meet from December 9-13 in Geneva; AGBM-6 from March 3-7, 1997, in Bonn; and AGBM-7 during the summer of 1997, prior to COP-3 at a location to be fixed later.

During the session, India echoed the Republic of Korea's apprehensions on the implications of P&m (policies and measures) on trade. It was pointed out that the P&m to be integreted into Annex-I Parties' policies, should be examined very carefully and may require accompanying measures to prevent adverse impacts on developing countries. According to the Indian delegation, any versions of prior-informed consent and labelling must not become disguised trade barriers.

India went on to comment that the issues of technology transfer and finance related to the developing countries, had been deliberated at great lengths by the subsidiary bodies, and that the AGBM'S focus lies in strengthening the commitments of the Annex-I Parties and not in deviating from them.

The AGBM-3 also noted that recent negotiations in the World Trade Organisation's Committee on Trade and Environment, reportedly bogged down over conflicting views on how trade negotiators preferred to address trade measures in multilateral environmental agreements. Similar concerns over market access, eco-labelling and barriers to trade were raised at the meet for the first.