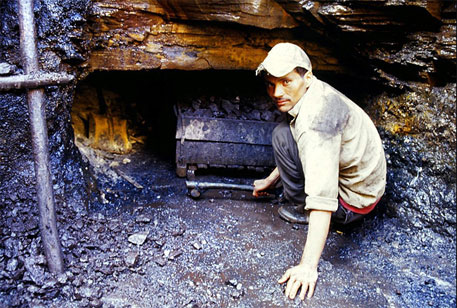 Acting on the orders of the National Green Tribunal (NGT), the Meghalaya government last week suspended rat-hole mining and transportation of coal in the entire state. The announcement came formally through a press statement by Y Tsering, state principal secretary for mining and geology. The government noted that the order of NGT is to be carried out in letter and spirit, and instructions have been given to all superintendents of police to effectively implement the order. The ban has also been extended to any illegal transportation of coal. The mining halt is to stay in effect until further orders by the tribunal.

The tribunal order was given on a petition by the All Dimasa Students Union and the Dima Hazao District Committee that highlighted the unscientific and unregulated rat-hole coal mining operations in the Jaintia Hills. Noting that such activity has created an “alarming situation” in Meghalaya, the bench chaired by Justice P Jyothimani on April 17 this year directed the chief secretary of Meghalaya and the state director general of police to ensure that rat-hole mining/illegal mining and illegal transport of the illegally mined coal is stopped forthwith throughout the state. The court had also directed that to put an end and to such illegal activities, the Meghalaya government should evolve an appropriate scheme and statutory rules.

The method of rat-hole mining involves digging pits ranging from five to 100 m2 into the ground to reach the coal seam. Thereafter, tunnels are made into the seam sideways to extract he coal. Coal seams are reached by excavating the side edge of the hill slopes and then coal is extracted through a horizontal tunnel. The coal from the tunnel or pit is taken out and dumped on nearby un-mined area, from where it is carried to the larger dumping places near highways for its trade and transportation. 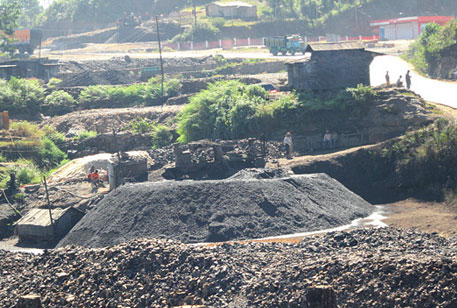 The report puts special emphasis on the impact of such mining activities in the water quality of the region. It specifies that the water is severely affected by acid mine drainage originating from mines and spoils, leaching of heavy metals, organic enrichment and silting by coal and sand particles. The pollution of the water, as the report points out, can be gauged by the colour of water which in most of the rivers and streams in the mining area varies from brownish to reddish orange. The water also has high concentration of sulphates, iron and toxic heavy metals, low dissolved oxygen (DO) and high BOD, showing its degraded quality.

The report further says that roadside dumping of coal is a major source of air, water and soil pollution. Off road movement of trucks and other vehicles in the area for coal transportation also adds to the ecological and environmental damage of the area.

The mining community in Meghalaya remains seriously concerned by the order of the tribunal and now the mining halt ordered by the state government. B Swer, president of mining coalition from Jaintia, says it is wrong to say the mining community has been carrying out such activities illegally at their own will. “The government does not have a policy in place to regulate mining and the new mining policy drafted in 2012 has not yet been implemented,” he asserts.  The mining coalition has expressed their willingness to go about developing a plan for carrying out scientific mining activities.

The order of the tribunal is likely to bring about some serious response from the government and the mining community as it an important economic activity that cannot afford to remain suspended. The state has also proclaimed that they are in the process of formulating the concession rules for implementation of the Meghalaya Mines and Mineral Policy, 2012. How effectively and promptly the state and the mining community can act on their intentions now remains the question. Both are expected to make submissions  before the tribunal on today.