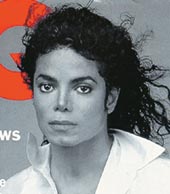 A person's skin or hair colour is a very poor indicator of genetic ancestry, says a study conducted by scientists at the University of Minas Gerais in Brazil and the University of Porto in Portugal. Persons who appear to be white could genetically be of African descent, while people who are conventionally classified as black could actually genetically be of Native American or European descent.

The research was conducted in Brazil on Sao Tome island, a former Portuguese colony off the coast of Africa. Brazil's mixed population is derived from Native American, European and African sources, and all three groups have inter-bred.

The study showed that gene variations between 20 men from Portugal and 20 men from Sao Tome did not necessarily correspond to physical differences like skin or hair colour.