Messing around with regulations 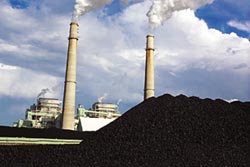 A row is raging in the us over reports that the Bush administration meddled in a policy proposed to tackle the last uncontrolled source of mercury pollution -- thermal power stations. Environmentalists and public health activists also alleged that the White House sought to project reduced toxicity from mercury, despite scientific studies stating otherwise.

These pressure groups got a shot in the arm when half the us Senate and 10 states urged the us Environmental Protection Agency (epa), which had formulated the policy, to put in place stronger norms. Regulations imposed in the us during the 1990s greatly reduced mercury emissions from medical and municipal waste incineration, but did not cover power plants. The us has 1,100 to 1,200 such units. The plants emit five principal pollutants: sulphur dioxide, nitrogen oxides, carbon dioxide, fly ash and mercury.

Annual mercury emissions from this source are as high as 48 tonnes. To curb such pollution, the epa notified mercury as a hazardous substance in 2000 and stipulated that its emission be strictly controlled in accordance with the country's Clean Air Act. The agency estimated that enforcing this rule would lead to a 90 per cent reduction in mercury emissions by power plants by 2008. A few months ago, however, the administration, led by President George W Bush, reversed this decision. Instead, it proposed a "cap and trade" system for mercury. Under this, companies could either control their mercury emissions or buy credits from other entities that have already done so.

Indeed, the cap and trade system has proved to be a cost-efficient method of checking emissions of some pollutants. These include sulphur dioxide, which causes acid rains. Since sulphur dioxide is light, it travels long distances. So, power plants in one region could be responsible for acid rains in faraway places. A cap on total national emissions, therefore, makes sense in the case of this pollutant. But science clearly shows that the system is inappropriate for mercury, because it is heavy and much of it seeps into the ground near the source rather than spreading out. Under the cap-and-trade system, power plants are likely to purchase pollution rights elsewhere rather than cut emissions. In other words, the administration's proposal would result in unabated mercury pollution where it does the most harm.

Even as the debate over the issue intensified in the us, a three-member epa delegation was in India between March 23-26. The team visited several state-owned plants run by the National Thermal Power Corporation. The purpose of the trip was to explore ways in which the us and India can mitigate noxious emissions, including mercury, from these plants.